Hi, friends!
Its Monday, and I’m a bad blogger and have no grand post scheduled for today.
I try to stick to my Monday/Wednesday/Friday schedule as best I can, but things have just been cuh-razy around here, and I’m taking the day off… sort of!
Instead of a formal organized post, I’m just going to give you a little behind the scenes look at what’s been going on in my life lately via my Instragram photos! If you follow me there, you’ve seen some of these before, but now you’ll have more of an explanation behind them!
If you don’t follow me, its a good way to keep up with what I’m up to. 😉 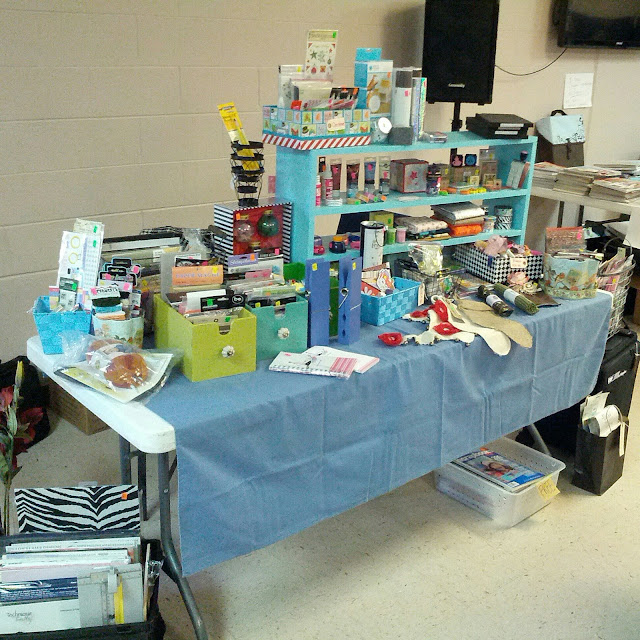 A few weeks back I participated in a Craft Supply Yard Sale.
This was my table. I had so much stuff to sell that I spilled over into the floor!
I’m glad I had the foresight to think I might need to go UP in my space and brought some shelves from my craft desk.
I had a lot of comments that I must have “done this before,” but it was my first time!
Let’s just say I’ve been to plenty of scrapbook conventions and know what would grab my attention and how to display the goods.
I made some decent money (in part because I sold my Silhouette SD since I have the Cameo now) and look forward to selling again at the sale in June! 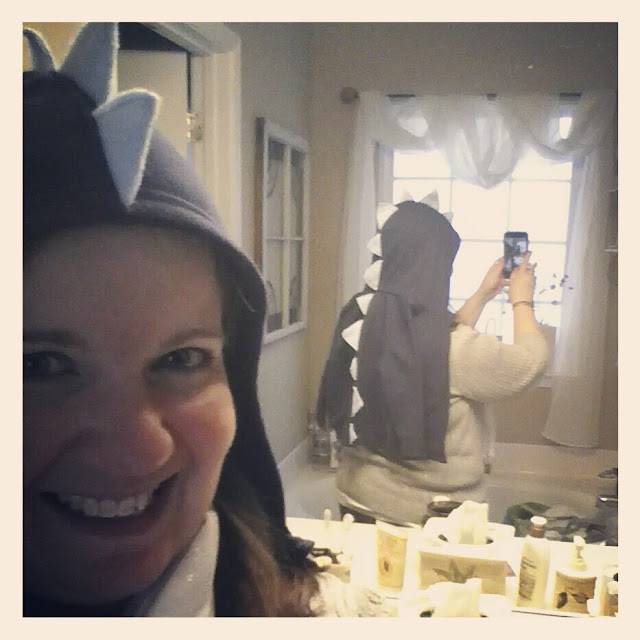 I finished my first official sewing project!!
Can I get a BOOYAH?! 🙂
I made this little dino hoodie for my sweet nephew’s birthday a couple of weeks ago.

Never got a chance to properly photograph it for a blog post (seeing as how I am modeling a jacket for a 24 month old!), but I need to make two more for my own boys. So there will be photos at some point. 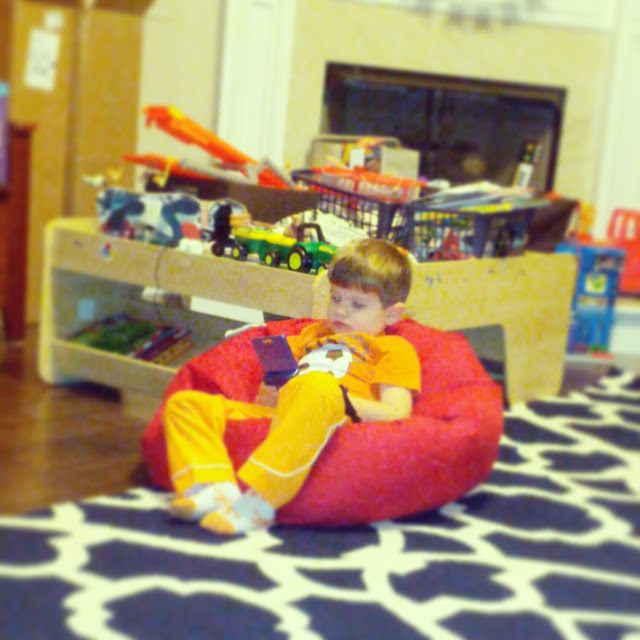 The great living room makeover is moving along at a snail’s pace.
In my previous announcement about the project I said we were laying down the floors and deciding on paint.
Weeeeell, the flooring took longer than the 3 days my husband took off of work so finishing it off has taken longer than anticipated. Isn’t that how it always goes though?
I am happy to say that, as of yesterday afternoon, we are only lacking one more piece of wood (it has to be cut at a ridiculous angle) and replacing the baseboards in a small hallway.
As for the paint… I have all 4 samples on the walls and don’t like any of them. Two of them are too blue and, of the 2 left, one is too dark and one is too light. I need to get back to Home Depot to pick out some more!
There have, however, been tons of sneak peeks of the flooring and my awesome rug from Rugs USA on Instagram! 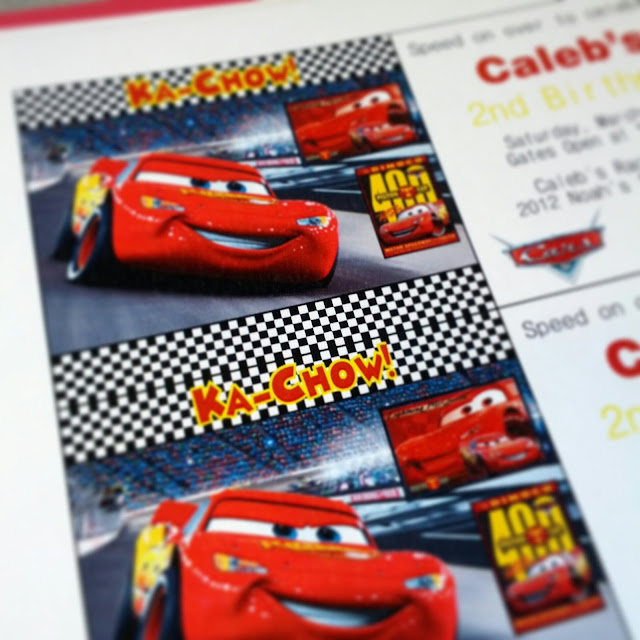 On top of redoing the living room, I’m also in the midst of planning my youngest’s 2nd birthday party!
Having a Cars themed party was a no brainer. We watch small tidbits of the movie on a daily bases (as per his request), and he plays with his little Cars characters every chance he gets.
I’ve been a busy bee whipping up some Cars birthday  invitations and other party accessories for the big day.
I’m hoping to get them into my Etsy shop before too long as well as some fun Mickey Mouse birthday invitations and party accessories I made for my little nephew’s 2nd birthday party last month. 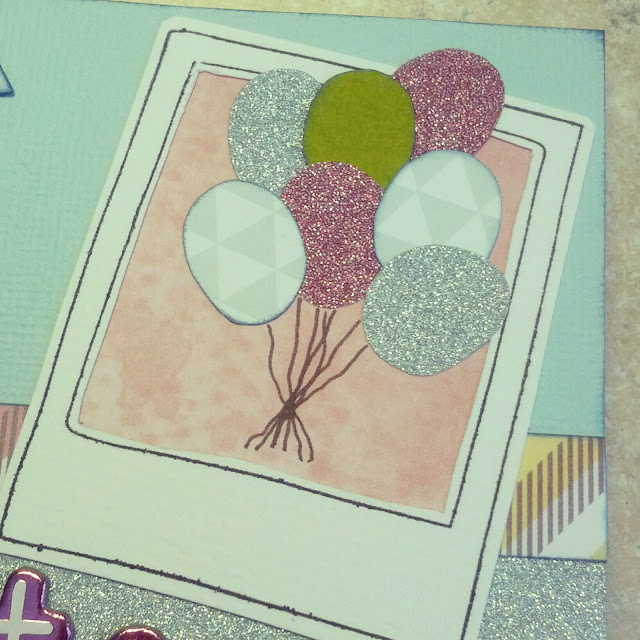 I have a fun new scrapbook line to show off next week, but here’s a sneak peek at one of the projects I made with it! It has a LOT of fun colors and patterns. I think you guys are going to love it as much as I do! 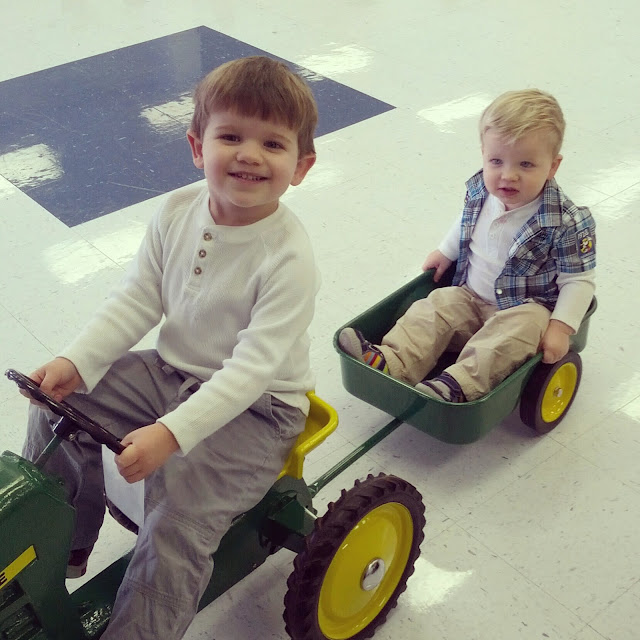 And, of course, I spend as much time playing as I do working, if not more when I can.
Who could resist playing with these two? 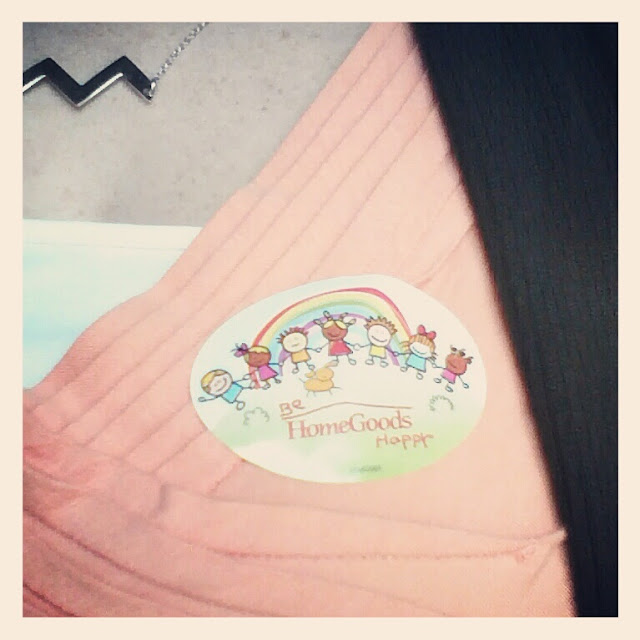 And when I have been able to, I indulge in a little shopping therapy.
Even if I have to take one or two of the littles with me.
One of which may have done his best rooster imitation in the middle of JoAnn’s yesterday in his very loudest voice…
Sooo… its never a dull moment around here!
Things are constantly going on behind the scenes.
I have a major announcement to make in another few months that I’m super excited about!
I hope you can enjoy my little life tour today in lieu of a fun round up or new craft project! 🙂