You can find these Ninja Turtle invitations in my Etsy shop! 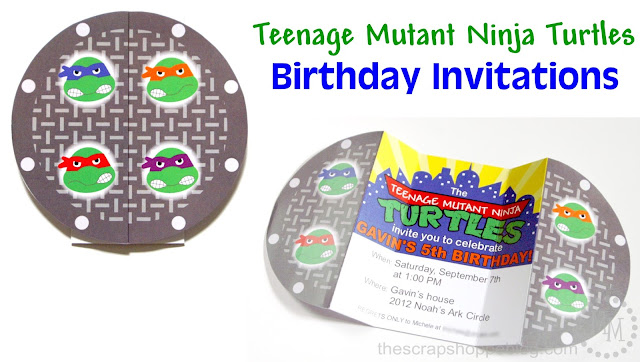 I’m super excited to start sharing the details of the Ninja Turtle birthday party we threw for my 5 year old over the weekend!
Can you believe the Teenage Mutant Ninja Turtles are making a comeback? And I mean a HUGE comeback! I remember my brother playing with them and watching the cartoon when we were little.
And I won’t tell you how long ago that was…
My son recently became hooked on them and decided pretty quickly that they were to be this year’s party theme.
So today I’m going to share the Ninja Turtle birthday invitations I created for the party! 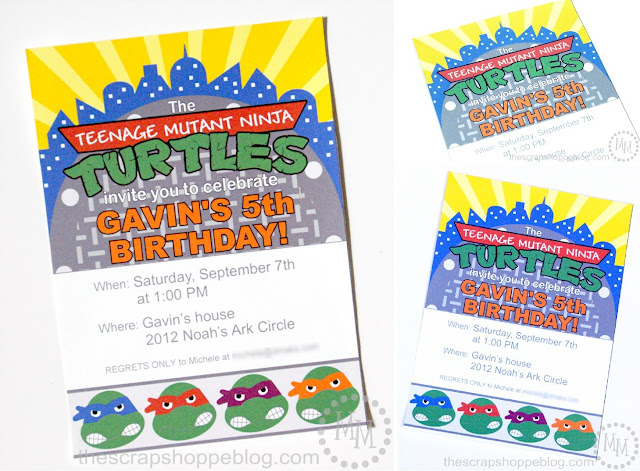 First I want to show you the original 5″ x 7″ invitation I came up with.
Its cute and incorporates the things most important to the Ninja Turtle story (except the pizza!), but there just wasn’t enough of me in it, you know?
If you check out the other invitations I have made for my boys in the past, you know I like to give them a little something extra to make them super unique! So it was back to the drawing board. 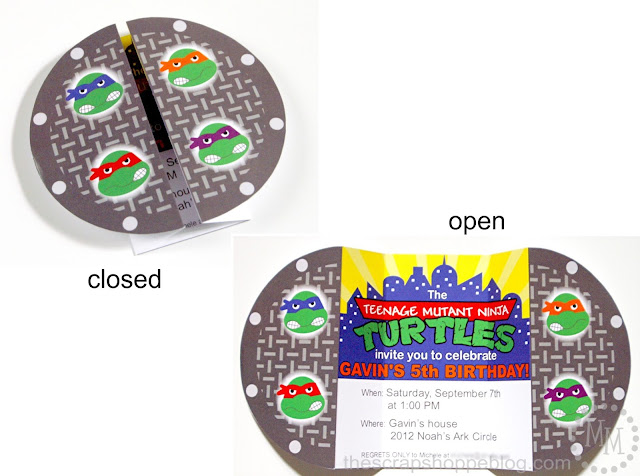 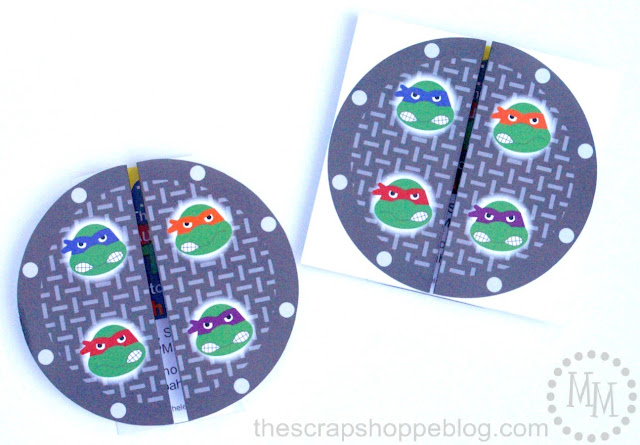 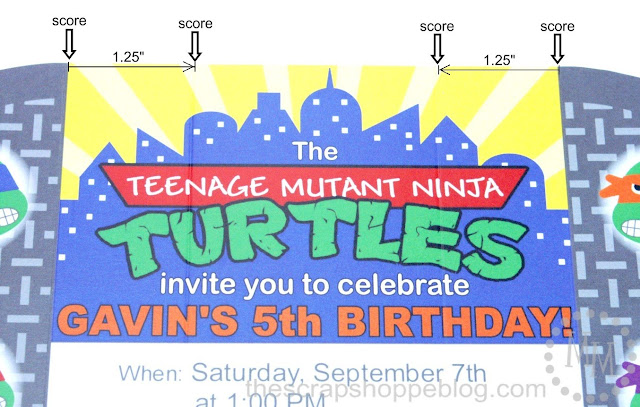 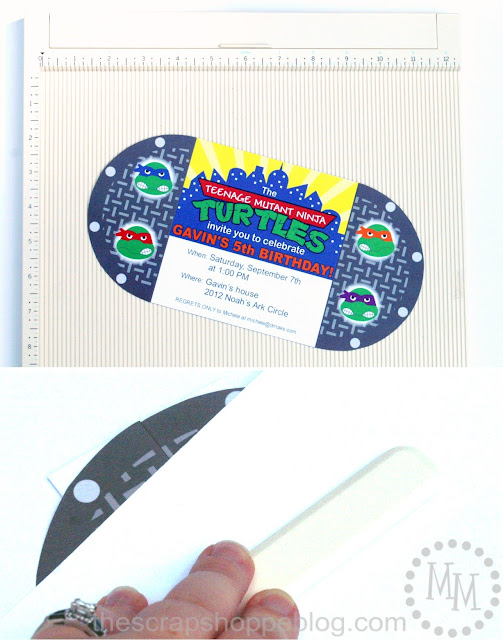 To score the invitation I used the Martha Stewart score board. I.Love.It.
It is super easy to use. I found mine at Hobby Lobby and purchased when it was half off.
You can also find it on Amazon.
After making the score lines, fold the invitation along those lines. To make the creases more sharp, place a scrap piece of cardstock on top of the folded invitation and rub the bone folder (or a Popsicle stick) over the invitation. Placing the scrap paper on top of the invite helps to prevent the ink from rubbing of off the invitation.
The invitation may still remain partially open when you let go, but by the time it travels through the mail system and arrives at its destination it will be relatively flat. These invites fit great in a 5″ x 7″ envelope. 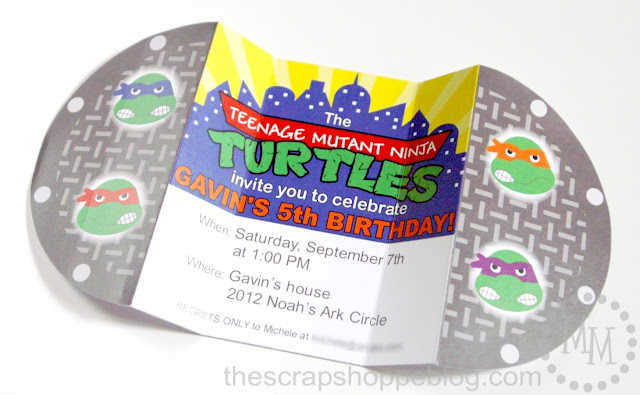 Not only am I more pleased with this second round of Ninja Turtle invitations but so was my son!
That is always most important for me.
Click here to see all of the TMNT birthday party details!
Linking up to Flamingo Toes, Today’s Creative Blog, The Shabby Creek Cottage, Tidymom, Whipperberry,
My Repurposed Life, 30 Days, Tatertots & Jello, and other great parties found on my party page.