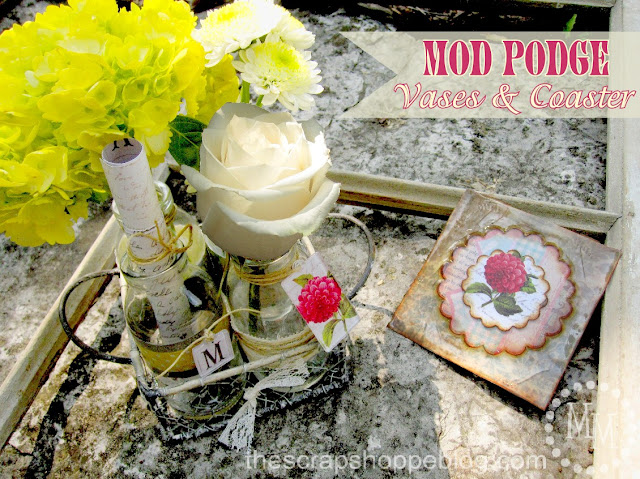 Since I’m dedicating the entire week to Mod Podge, you must have realized by now I love the stuff.
So imagine my excitement when I was given the opportunity to play with a few new products in their line! 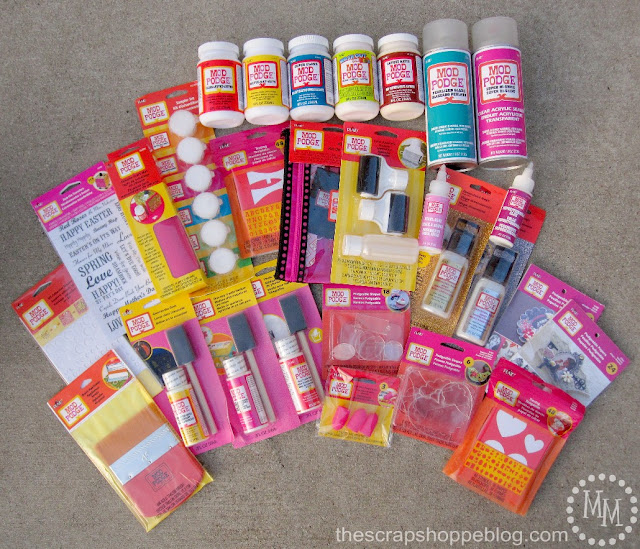 See? Just a few items. *wink*
The lovely folks at Plaid sent me a ton of new Mod Podge products that are just being introduced on the market!
You can find these fun products at your local Michaels store. 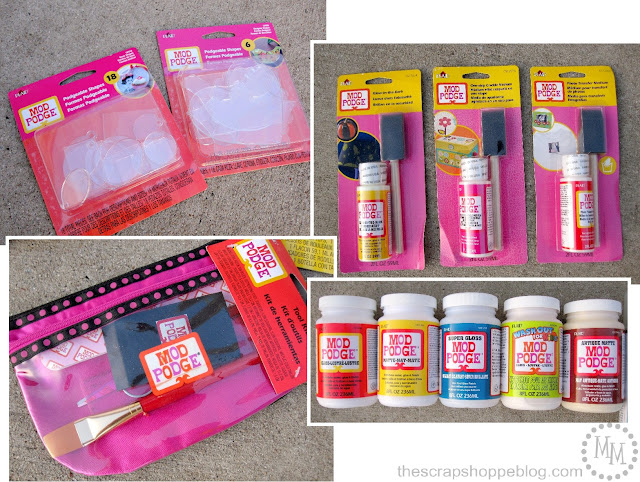 They have a lot of great products that I’m so excited about!
The Podgeables are acrylic shapes that I was sure to use in my craft project.
Other items that really caught my eye were the glow in the dark Mod Podge (hello, Halloween!), crackle medium, and photo transfer medium (for fabrics!).
The tool kit is not only cute but functional, too!
And look at those different types of Mod Podge! Its heaven I tell you. 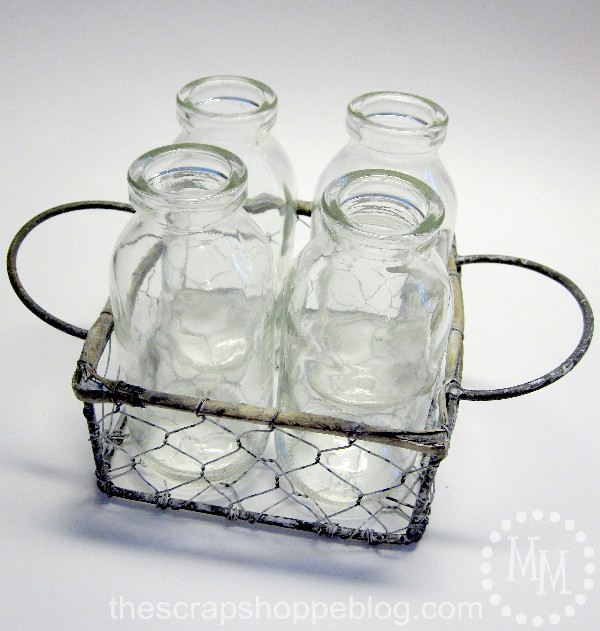 A little while back I ordered this cute vase and basket set off of the internet.
Its a blank canvas just waiting to be dressed up!
And soon it will be. With the help of some Mod Podge products! 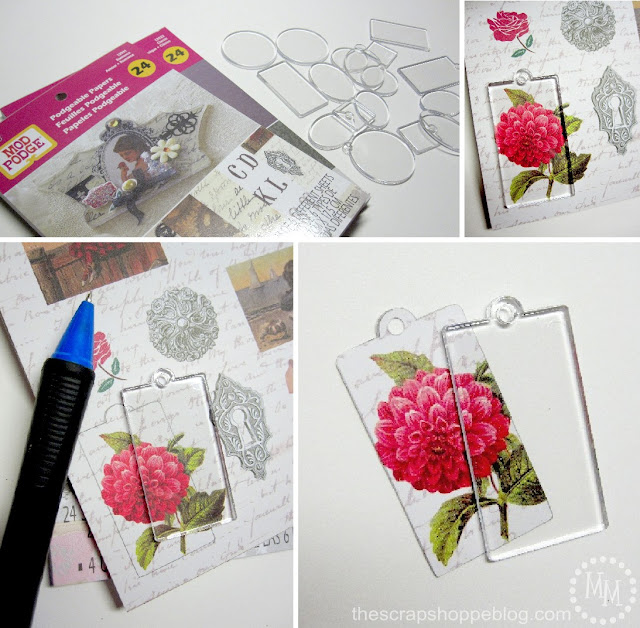 I was itching the play with the Podgeables, so I decided to pair them with the new papers that Mod Podge also just came out with.
Simply trace the shape of the Podgeable on the paper and cut it out. 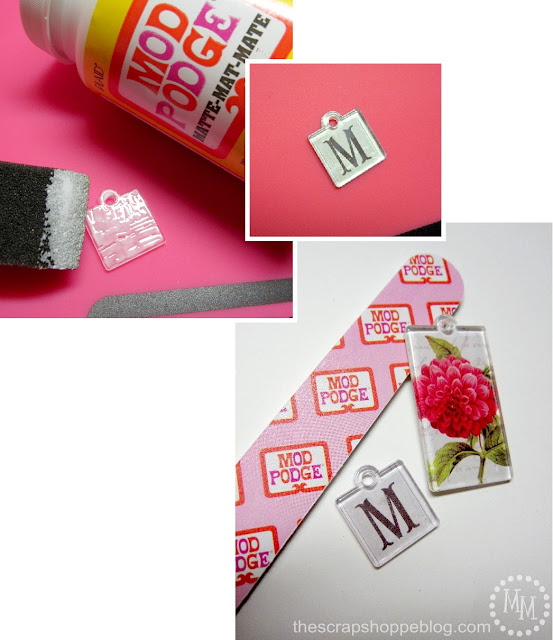 Apply a light coat of Mod Podge on one side of the Podgeable and add your paper.
Using the file from the tool kit, I sanded the edges of the paper so they would be flush with the acrylic.
And done! Easy right? 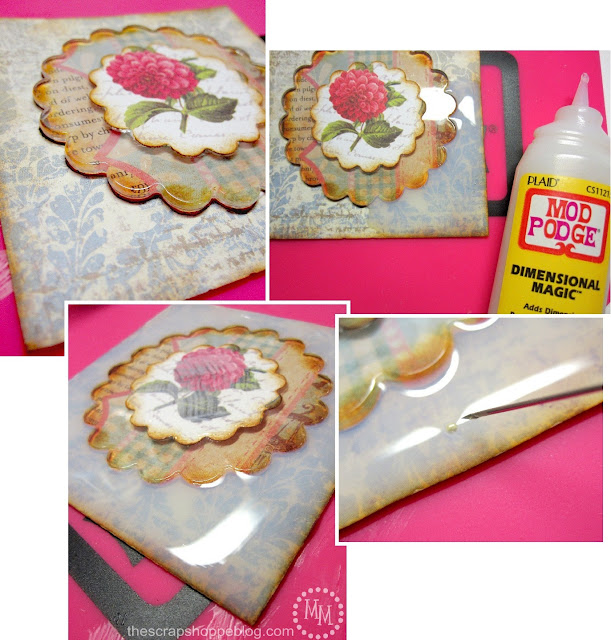 Next up I wanted to make a coaster to sit under the vases.
I started with a piece of scrap cardboard as the base and podged (that should be added to the official dictionary as a verb) some scrapbook paper on top. I took one of the larger Podgeables and podged another piece of scrapbook paper to the underside of it. This I also podged to the top of the coaster. I used a scallop punch (but you could use the scallop stencil from the new line as a template if you don’t have the punch) to punch out a flower from the Mod Podge paper pack and podged it on top of the Podgeable.
Since the acrylic piece messes with the height of the coaster, I filled in the edges with Dimensional Magic.
This stuff is SO fun! I want to put it on everything now!
I did get a few bubbles when I used the Dimensional Magic, and I found the best way to remove them was to push them to the edge of the paper and soak them off with a paper towel. Worked like a charm! 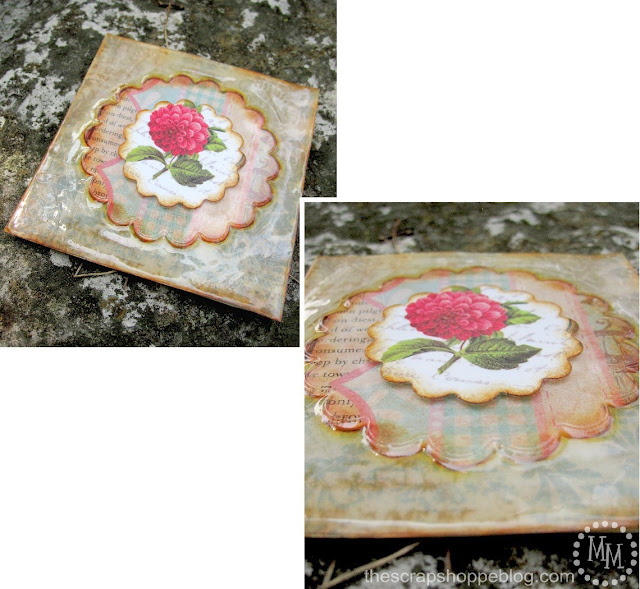 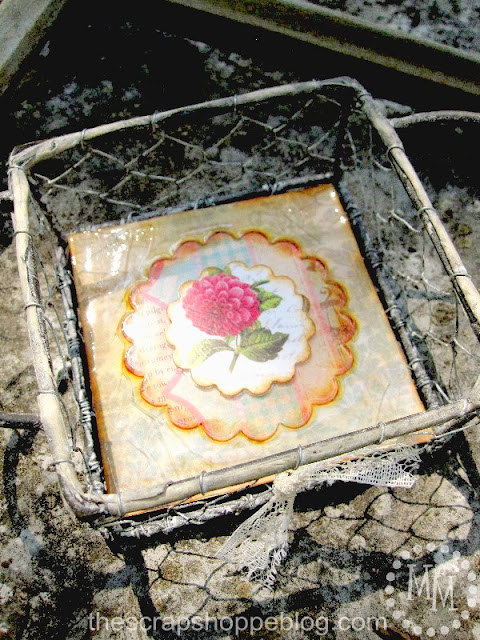 It sits quite pretty on its own in the vase basket! 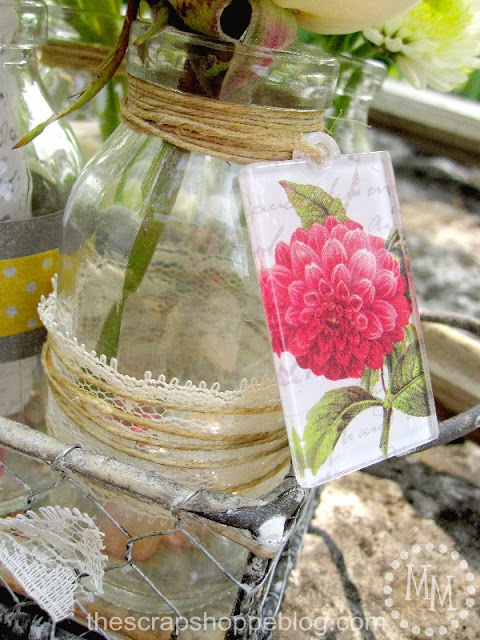 I wrapped twine around the top of one of my vases and ran one of the little Podgeables through it.
I wrapped the vase with a piece of lace then overlapped it with some more twine. 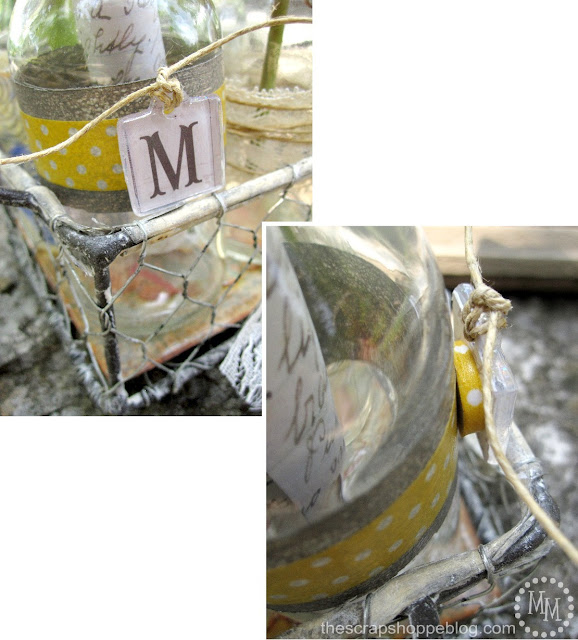 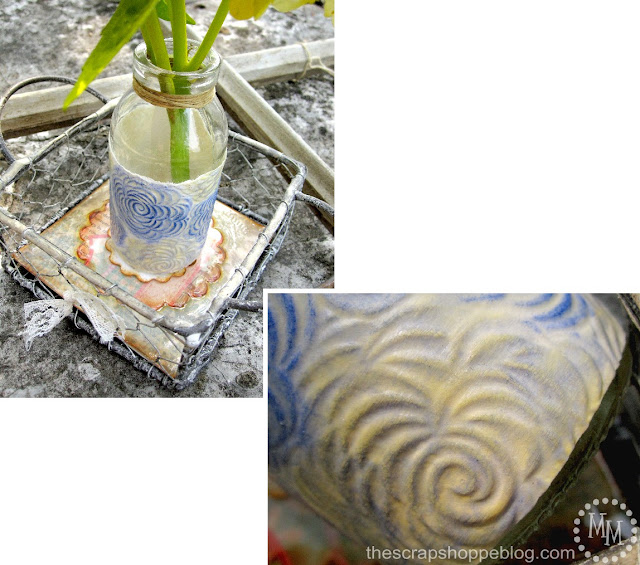 For the third vase I Mod Podged on some textured paper. I inked the flowers on the paper with blue and yellow scrapbook ink. Then I applied a coat of Mod Podge, let it dry, then applied a coat of the crackle medium! After the crackle medium dried, I went back and inked each flower with the opposite color it was originally inked with. This helped to bring out the subtle crackle effect. 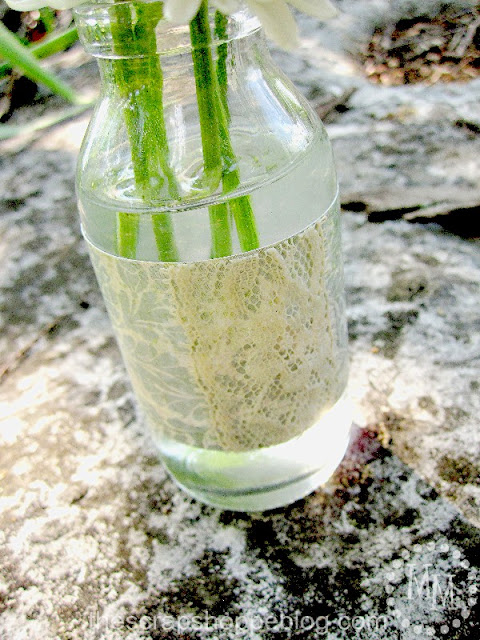 For the final vase I simply podged on a strip of scrapbook paper and then applied a piece of lace to the front with more Mod Podge. 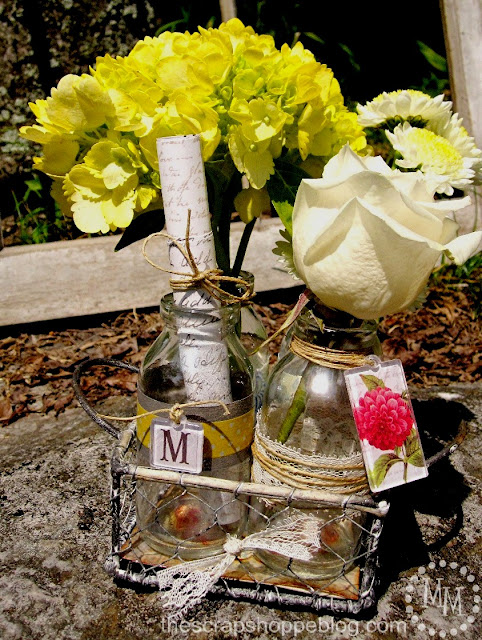 This would make such a cute teacher or neighbor gift!
Or maybe it will just look lovely sitting on my 1930’s Singer sewing table.
I’m not sure I can part with it!
Check out these other great projects using the new Mod Podge products!
You can keep up with Plaid Crafts on Facebook, Twitter, and Pinterest!
Disclamer: I wrote this post as part of a paid campaign through Blueprint Social and Plaid Crafts. All opinions are my own.
I link to these fun parties!

So pretty Michelle! But I wouldn't have expected anything less :D

I love everything you made! ALl of it is so creative!

i love mod podge too!

I love Mod Podge! I've been trying to find the fabric Mod Podge and I can't see to find it at Hobby Lobby or Joann's where I live. I think a trip to Michael's may be in store! How lucky you are to have all the fun Mod Podge!

Thanks for sharing! I've never worked with Mod Podge before. I am intrigued now!

Just found your blog from the Serenity Now Link Party. I love your blog! New Follower :)