Skip to Content
There is a phrase that has been floating around the interwebs that had me captivated the first time I saw it.
Its perfect and true, and now I can’t seem to find my original source! 🙁
I could have sworn I pinned it, but I know I knew when I saw it I would not forget it.
Sometimes being a big brother is better than being a superhero.
I.love.this.phrase.
I love it for my boys.
And I knew I wanted to put it on my oldest son’s wall so he would never forget. 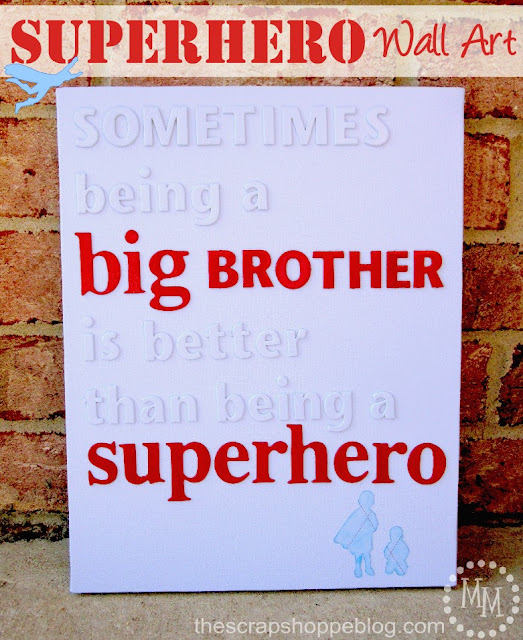 My oldest will soon be 4, and he is the BEST big brother to my 16 month old toddler!
He holds his hands to help him walk, gets toys for him when he cries, shares his snacks with him…
I could go on, but you get the idea. He’s an awesome big brother, and I want him to know it.
And this phrase happens to tie in well with our 4th birthday party theme so it will make a great present! 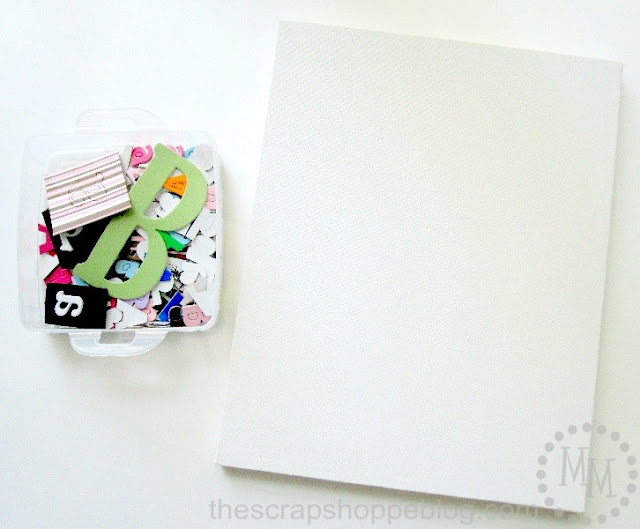 You may recall the monotone wall art collection I shared on Monday.
It was the source of my inspiration for this project.
Start with a blank canvas (mine is 11×14) and some chipboard (or wood or foam) letters.
I have a ton of chipboard letters from my scrapbooking days. 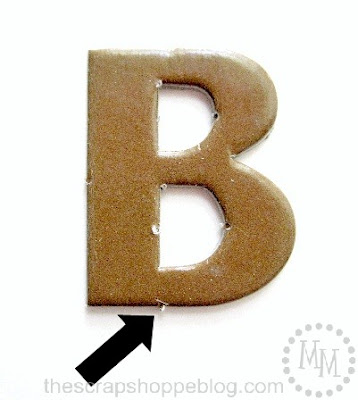 If you’re using chipboard letters, then most likely you have had to punch them out of a sheet of letters.
Be sure to sand down any pieces that are sticking out due to being pushed out of the sheet. 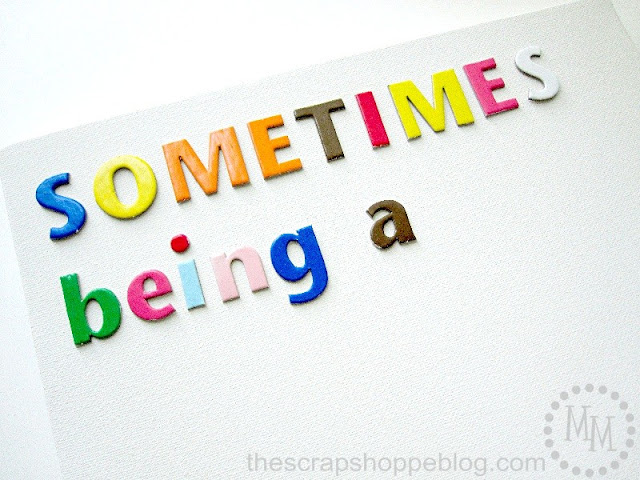 Begin to lay out your wording without gluing it down.
Don’t worry about the random colors.
We’re going to spray paint the entire canvas later. 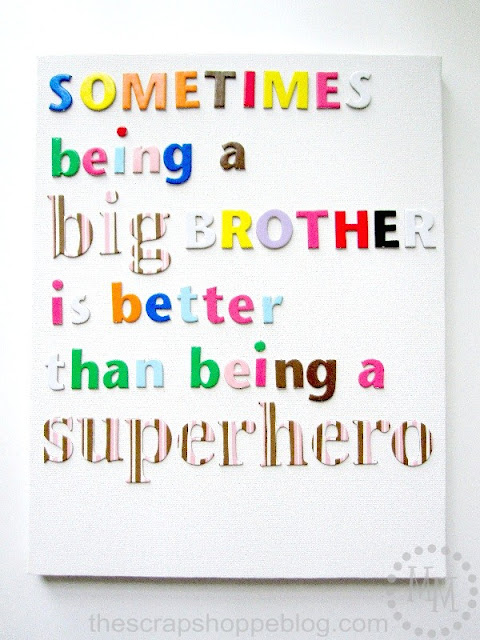 After you have it all laid out, play with your line spacing to get it exactly as you want it.
Then go back and glue your letters down.
I used Beacon’s 3-in-1 to glue my letters to the canvas. 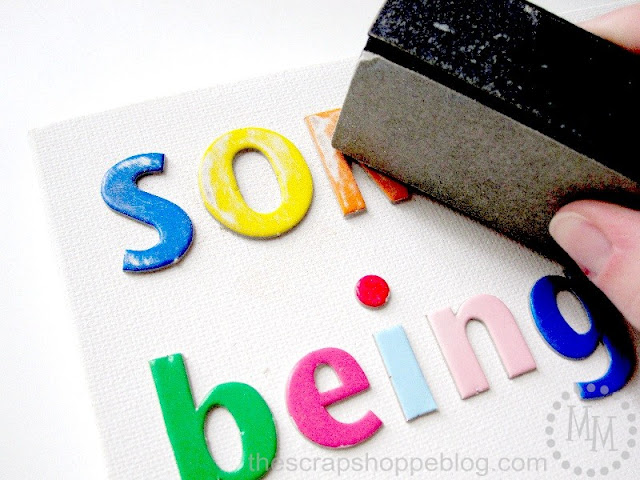 After the glue has had a chance to dry, go back and lightly sand all of the letters.
This is so the spray paint will have something to stick to in the next steps. 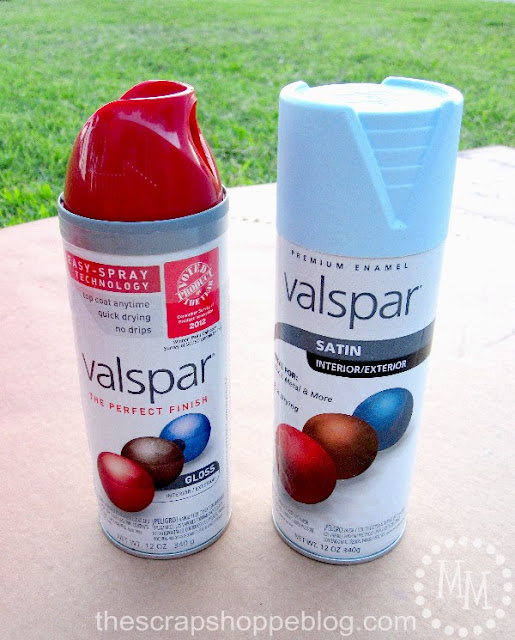 My spray paints of choice for this project are Cut Ruby and Baby Blue from Valspar.
Both colors fit in my son’s room and happen to be good superhero colors. 😉 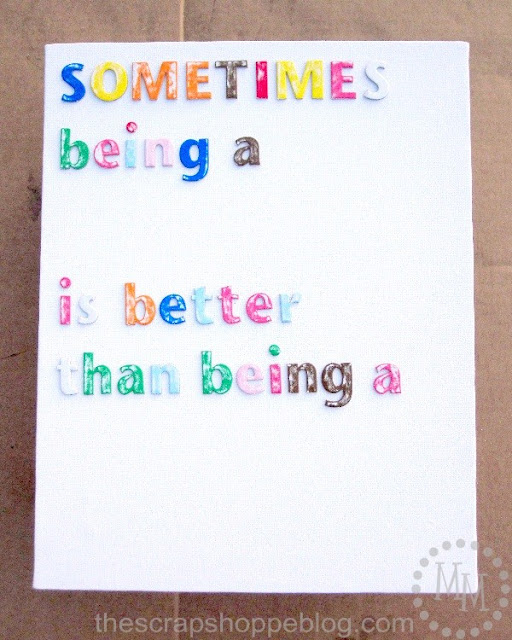 So two paint colors… what happened to the monotone wall art idea?
Oh I’m still doing it but with a twist!
I only glued down some of the wording onto the canvas.
I left off “big brother” and “superhero” because I want them to have more impact as a different color. 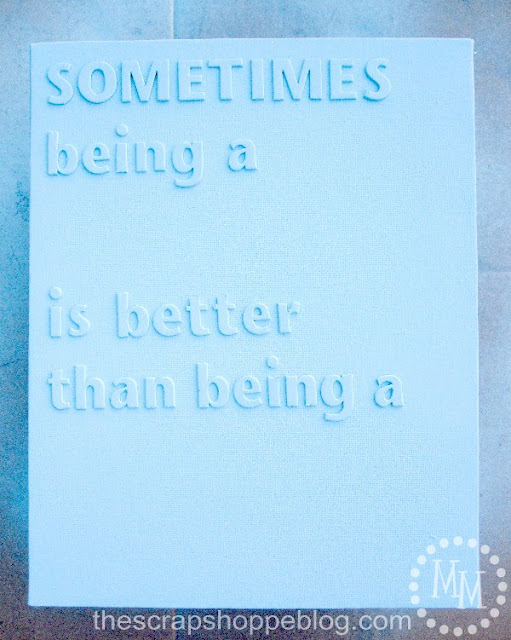 I applied about 3-4 coats of the blue spray paint to the canvas and letters.
I can’t really count the coats since I’m so impatient and just start spraying at random intervals.
Does anyone else do that? 🙂 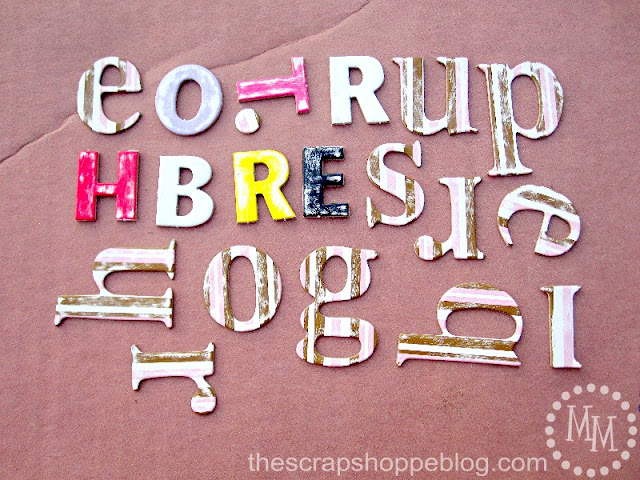 For the letters that weren’t attached to the canvas, I sanded them also and laid them out on some cardboard. 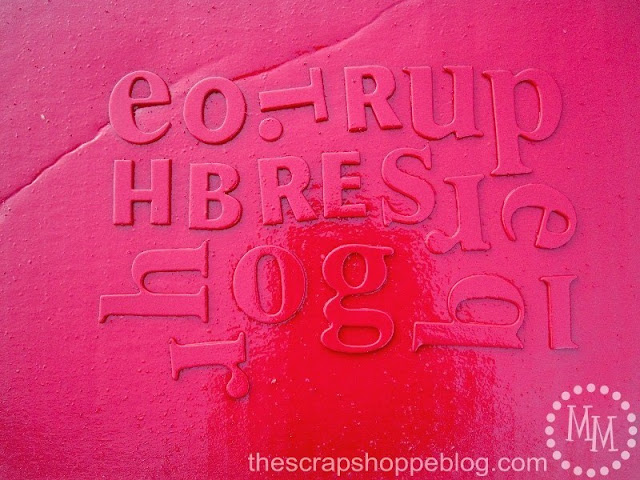 3-4 coats of red paint, and these letters are good to go! 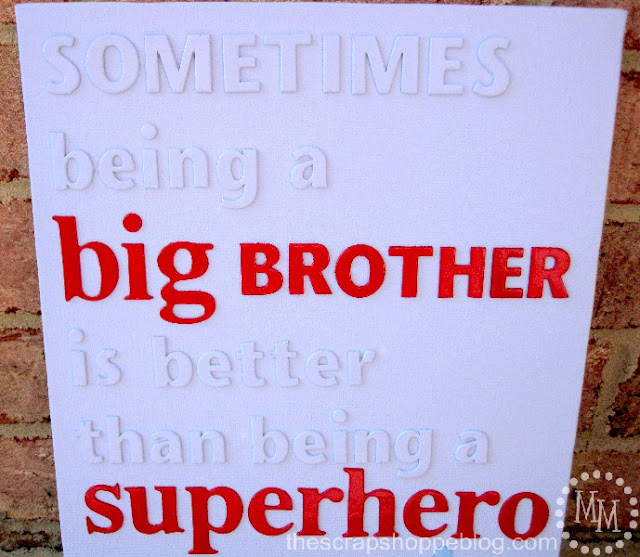 Once the red letters have dried, glue them to the canvas as well. 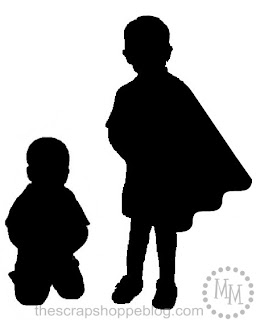 I wanted to add an extra “big brother/superhero” flair that was also personalized to my boys.
I took a couple of pictures I had of them (the little one is on his knees) and turned them into silhouettes.
I added the cape to my oldest. 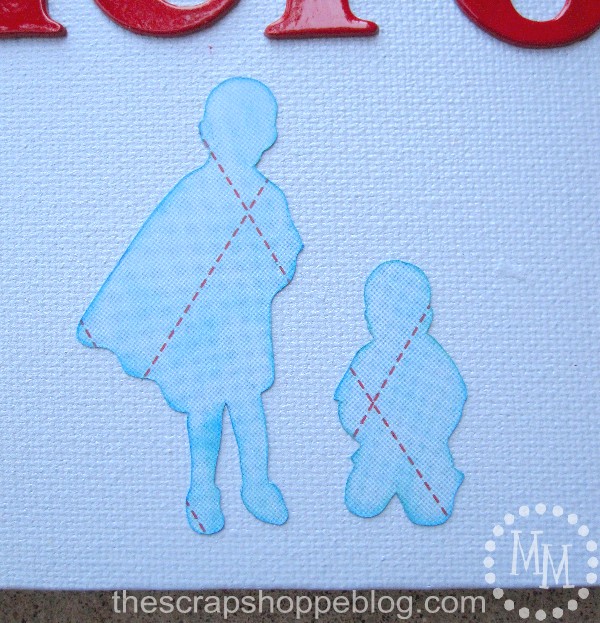 I printed the silhouettes on the back of a piece of patterned cardstock then cut them out with my X-Acto knife.
I also inked the edges to help them pop off of the canvas. 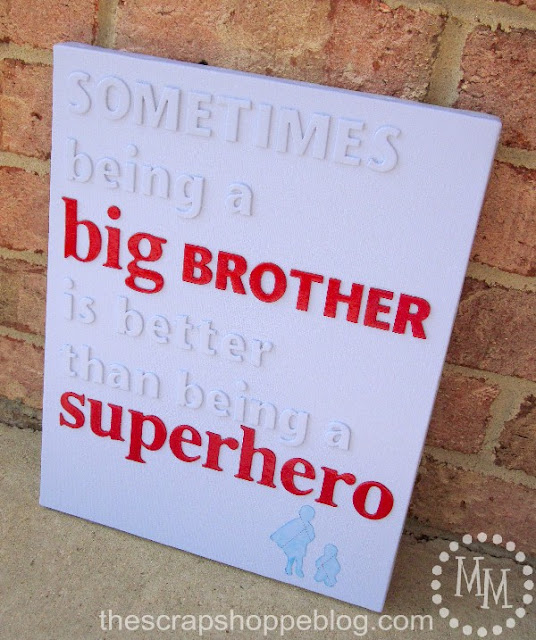 I promise the canvas is a light blue color. I just couldn’t seem to get a true picture of it.
Regardless, I love how the project turned out and can’t wait to share it with my son on his birthday next month!
I link to these fun parties.

Girl this is so awesome!! I love that saying!!! And using the chipboard letters and spray painting them? Haha! I spray paint in random intervals too:-) The pop of red in the few words has the best impact! LOVE!!!

I am so in love with this - and the tutorial is so awesome too!! I just had to feature it today. ;) http://www.flamingotoes.com/2012/08/crush-of-the-week-think-pink-features-60/

This is such a cool project and I especially love how you used custom silhouettes of your sons! What a great way to use up bits and pieces of leftover chipboard alphabets too.

what a great addition this would be to my boys room! must make one. my oldest son finally became a big brother to a little brother. and like your son, he is doing awesome in the role! he would love this!!! i found your blog via Someday Crafts, and just became a new follower! I would love it if you stopped by my brand new blog and if you like what you see, follow me too!http://feathersandsunshine.blogspot.com

This is so special! I love how you highlighted Big Brother and Superhero in Red and the addition of the personalized silhouettes make this a real treasure!