Skip to Content
You can find these dinosaur invitations in my Etsy shop.

We have been in major party mode around here! My youngest son turned 3 last week followed by a dinosaur-themed birthday party over the weekend. To say he is “into” dinosaurs is an understatement. He downright loves them! You can check out the dinosaur party here.
Today I want to share the dinosaur birthday party invitation I created for him! 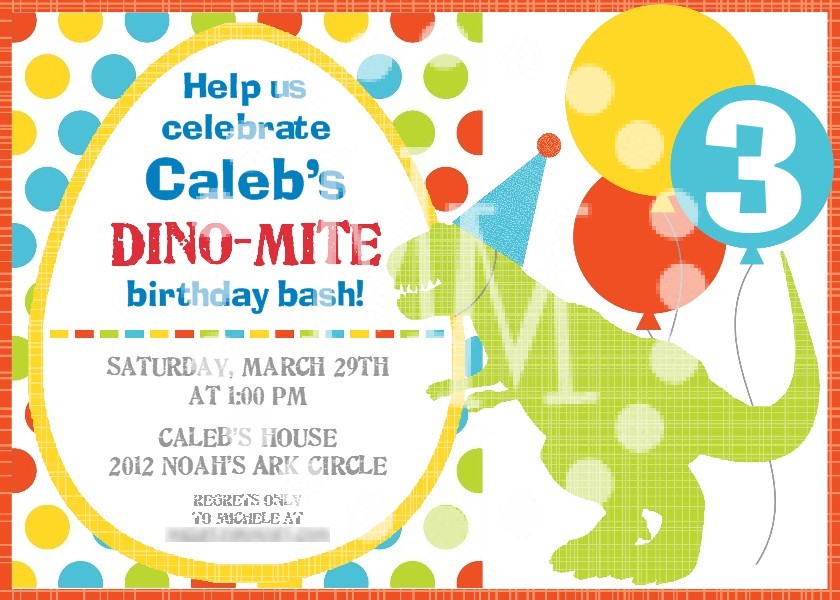 I purchased this cute digital paper pack on Etsy which I used as the color scheme for the invitation.
With this being a young child’s party, I wanted to keep the invitation fun and not menacing. No scary dinosaurs here!
So we have a not so intimidating T. Rex sporting a party hat and party balloons. Definitely not scary. 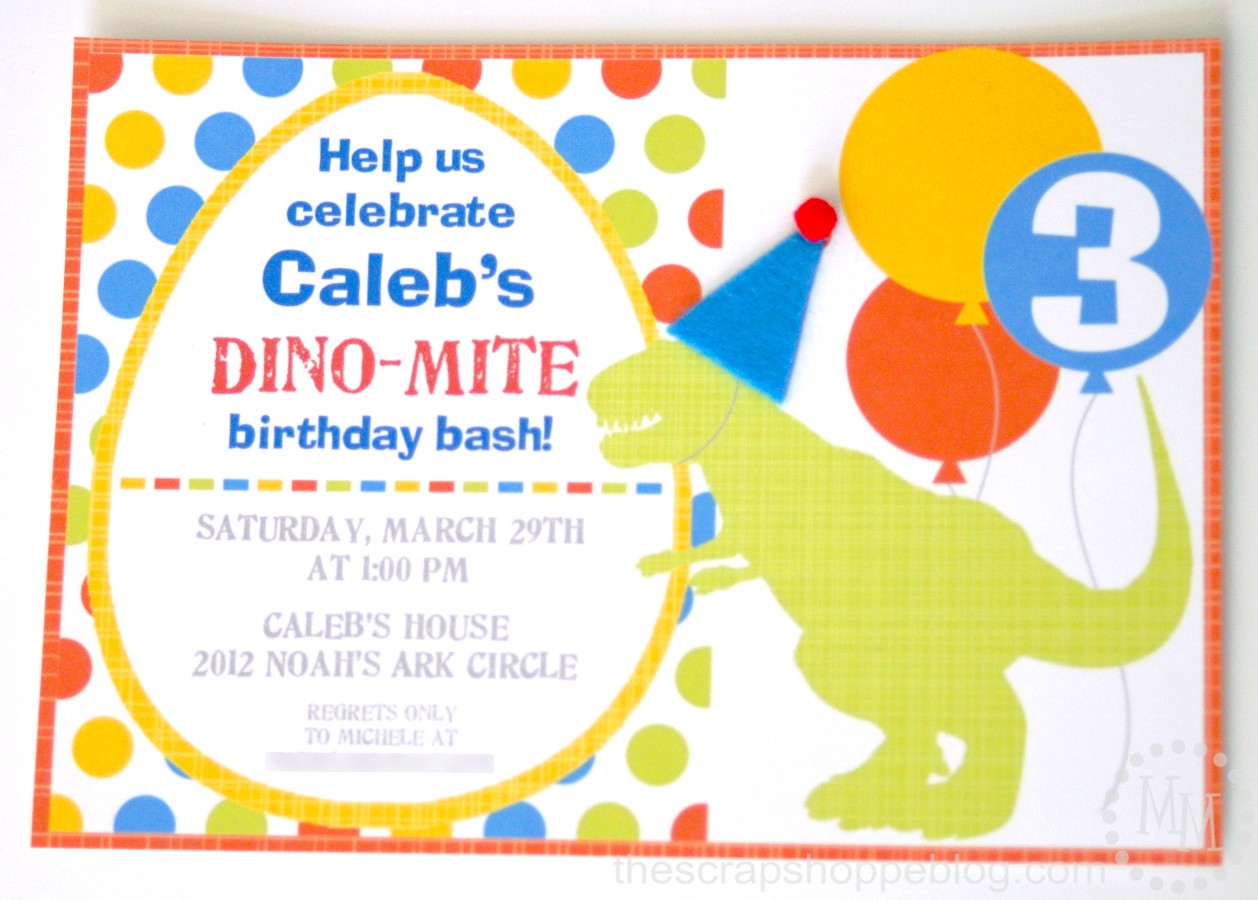 I always strive to make my invitations different in some way from what you normally find with digital party invitations. This one is no different. Making them different often has nothing to do with the printing of the invites, but what you do to them afterwards. And these “extras” are always just that, an extra oomph if you want your invitations to really stand out, but totally not necessary if you’re not into taking that extra step.
For the dinosaurs, I added a fun extra feature to the party hat! 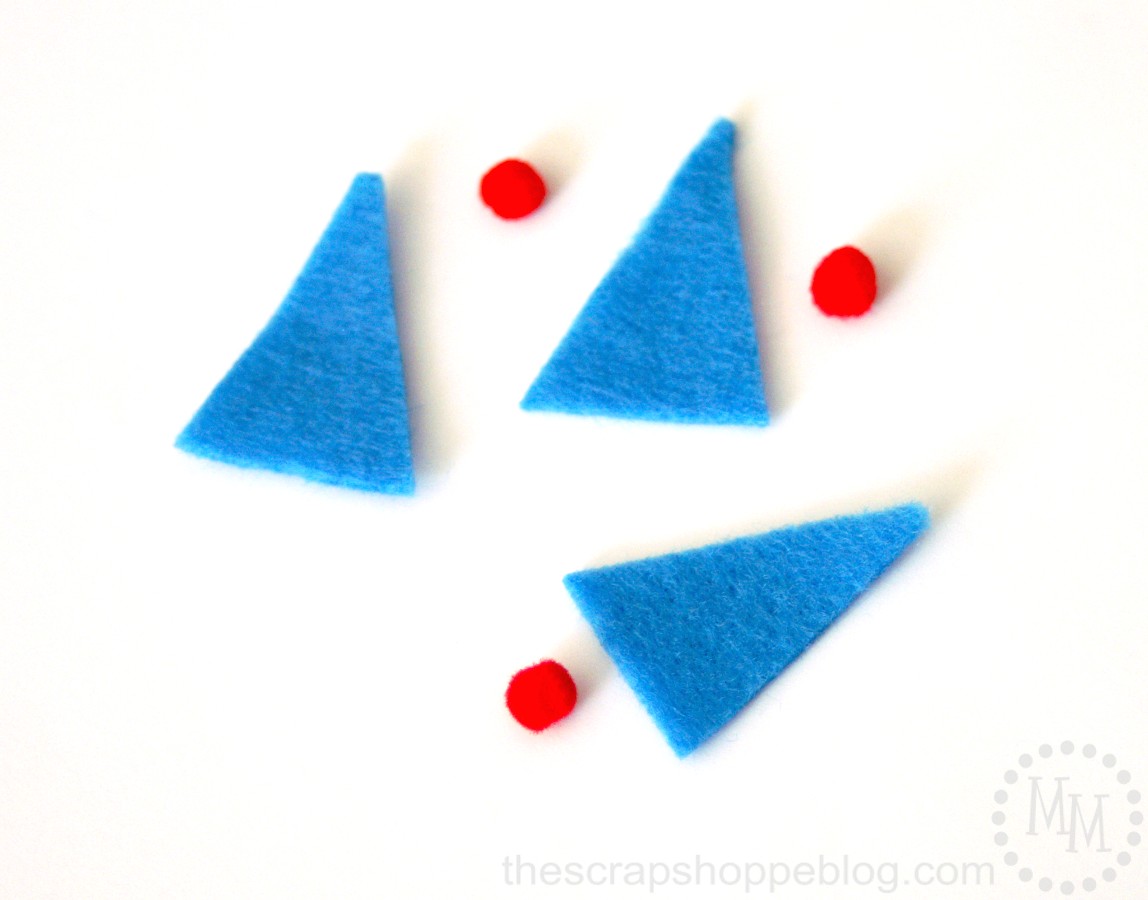 I cut out the party hat on an extra invitation and used it as a template to cut felt triangle party hats. I glued these on over the hat on the invite then topped it off with a tiny red pom pom. 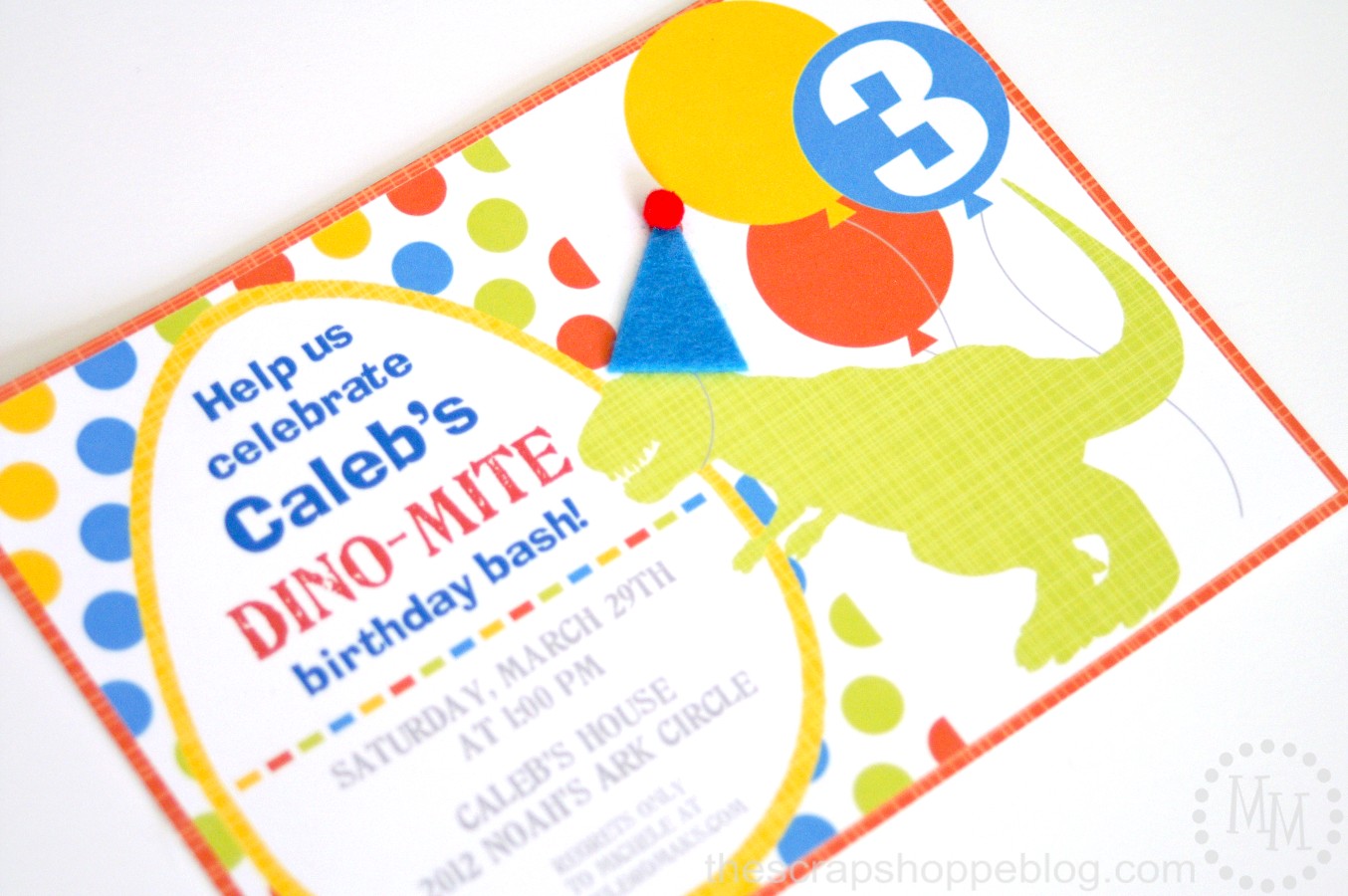 Simple but oh so cute!
And, in case you’re wondering, no extra charge to mail these. At least my mailman took them without leaving a note for me to pay extra.
I stuffed them in 5×7 green envelopes, decorated the front of the envelope a bit to make them more fun and off they went to our party invitees!
Be sure to check out all of the details of the dinosaur birthday party!
If you follow me on Instagram or Facebook then you’ve already had a sneak peek at the cake. 😉
Linking up to Flamingo Toes, Today’s Creative Blog, The Shabby Creek Cottage, Tidymom, Whipperberry,
My Repurposed Life, 30 Days, Tatertots & Jello, Serenity Now, and other great parties found on my party page.

These are cool, lots of fun.Stampin' Up! Scotland

These are adorable Michele! I love that little party hat - it's the perfect touch!! You are so good at designing cute invitations!!