When DH came home and told me his office was having a Kentucky Derby themed holiday party, and the women were encouraged to wear derby hats I almost flipped out. Those things are darn expensive and there was no way I was buying one just for that one night! So I set out to make one…

The first thing that had to be done before anything else could even be attempted was to find a hat to use as my base. Find a hat = finding your color scheme. It turns out that finding a good hat for what is typically a May event is very hard to find in late November! 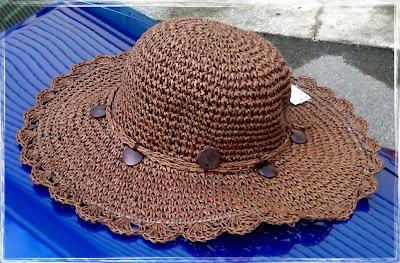 Lucky for me, my mom had several hats in her collection that she let me choose from. I selected this brown hat. I love the brim and thought I could have a lot of fun with the colors. 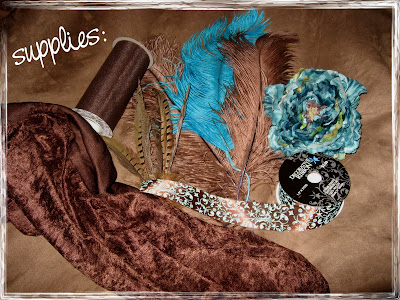 Next I headed to Hobby Lobby to get some supplies. I ended up with several feathers, an extra large flower, tulle, ribbon, and some remnant fabric. Everything was on sale so I saved a bundle! 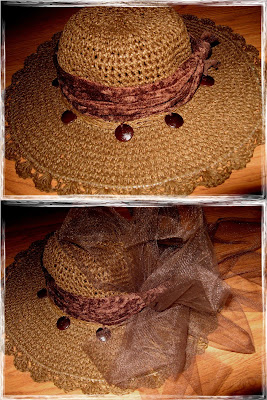 The first thing I did was tie some of the fabric around the hat. I just tied it in a knot and trimmed off the extra. I’ll be covering it later with all my other supplies.

Then I gathered my tulle and wound it through the knotted fabric so there were several loops of it to help add volume to the hat. 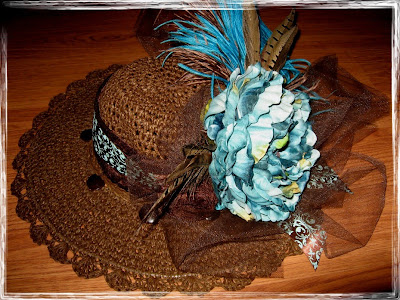 Using a hot glue gun* (I’ll have a note about the glue gun use at the end) I started adding feathers and then the flower. I also took some of my decorative ribbon and glued it over the fabric for a more decorative look. 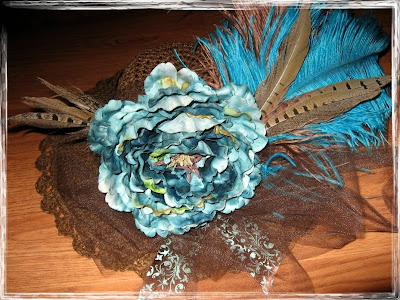 Here’s a side view so you can see all of it put together better. 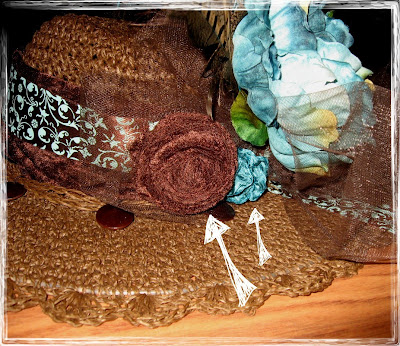 I also snuck in a couple of fabric flowers that I made onto the hat so that my fabric flower necklace would match a little better. 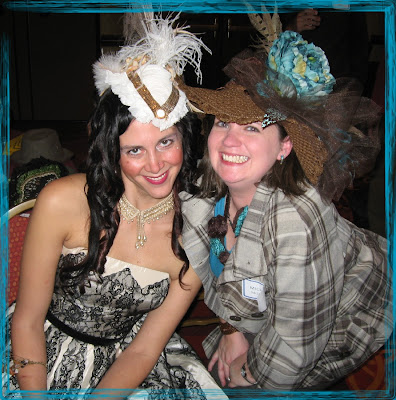 My friend Allison and I at the party sporting our fab hats. 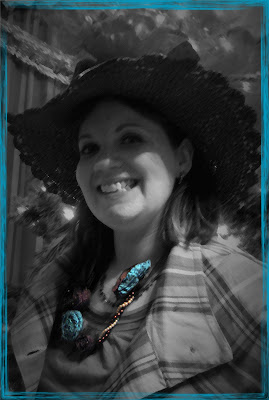 *I wanted to mention that I tried very hard to NOT use glue while putting this hat together. The hat is so pretty all by itself, that I thought if I stitched all of my supplies on, I could remove them later. Did.Not.Work.

Stitching the materials on let too much weight hang on the brim so that it sagged badly. Using the hot glue I was able to keep all the materials up off of the brim. Its a sacrifice of the hat, but I love the way it turned out! And I received a LOT of compliments on it, especially when people found out I made it myself. 😉

My total $$ spent on the hat (including the cost of the hat itself, even though my mom gave it to me) was less than $25. So next year, ladies, do not hesitate to make your own derby hat instead of spending hundreds of dollars on one!

Loving this ! We are having a Kentucky Derby themed shower for my soon to be sister-in-law! Def. gonna use this