This is a sponsored post written by me on behalf of Staples. All opinions are my own.
I was recently given the opportunity to write a review for Staples.
Staples is my go-to place for office supplies (I love to find my yearly calendar binders there, and they have some great business card holders!)
So the answer was an absolute yes followed quickly by the question, “What to review?”

I perused the Staples website and became slightly overwhelmed at the number of choices facing me.
Did you know Staples not only carries computers, paper products, and office supplies
but also storage containers, first aid supplies, and televisions? I had no idea!! 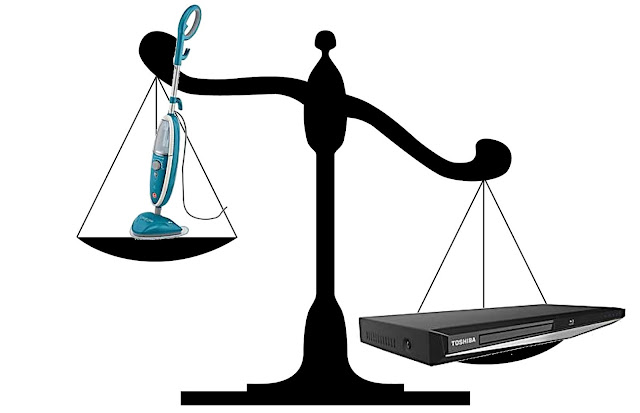 After spending an hour perusing site I finally narrowed my choice down to 2 items:
A steam mop (at Staples?? Awesome!) to care for our new wood laminate floors OR
a Blu-ray player for fun family movie nights.
I had a terrible time deciding!
The steam mop would make cleaning our floors so much simpler, but we’ve never owned a Blu-ray player before and all our friends who have one rave about them.
I finally put it to my husband to pick between the two, and I think it was pretty much a no brainer for him. 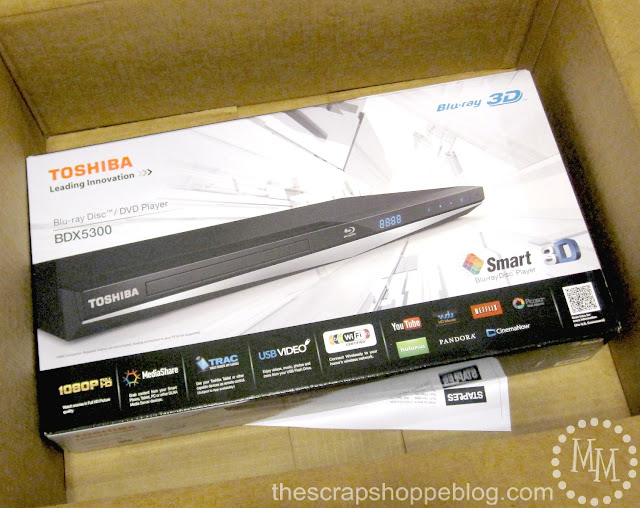 The Blu-ray definitely won out!
The one we selected is the Toshiba BDX5300 Blu-ray player and it definitely comes with a few bells & whistles.
1080p full HD
3D viewing capabilities
Flat chic design
And most exciting to us, built in wi-fi!!
We do not currently own a 3D tv, but at least we can have the option in the future.
How fun would that be for our boys to be able to watch 3D movies from the comfort of our living room! 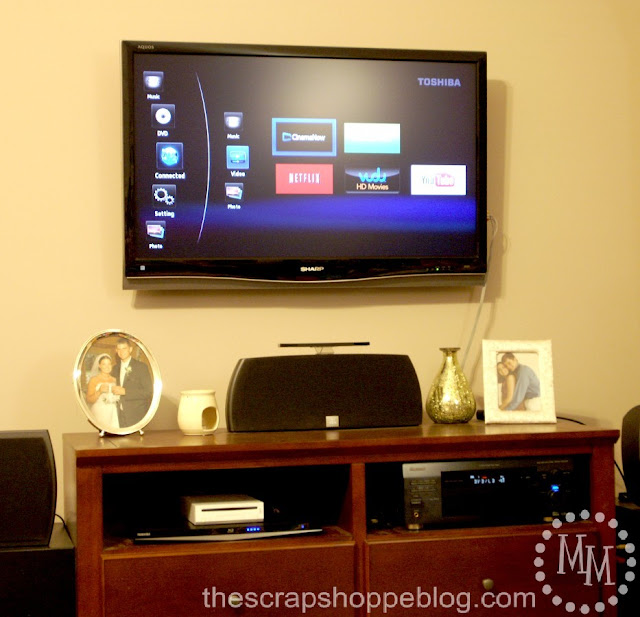 It was most certainly the built in wi-fi that got us with this Blu-ray player.
We have Netflix and Hulu Plus accounts and now we can watch them on our tv thanks to the new Blu-ray player! 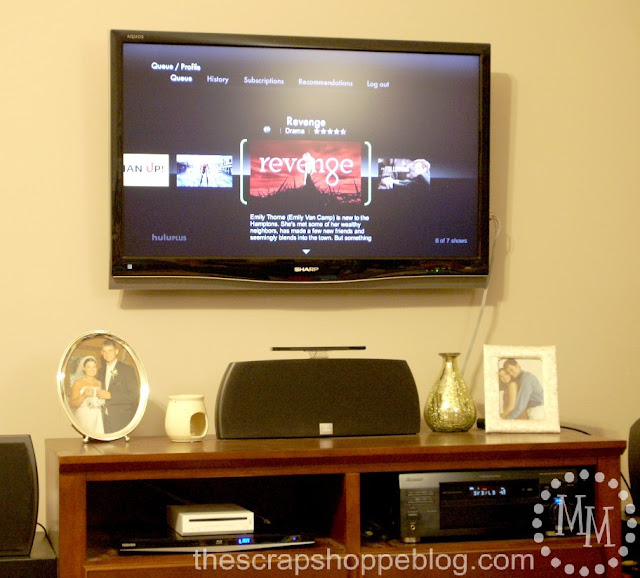 Getting the Blu-ray player set up was a breeze and soon the hubs and I were catching up on our favorite tv shows thanks to the wi-fi capabilities and being able to access Hulu Plus. It was so fun to see the episodes on the big screen! 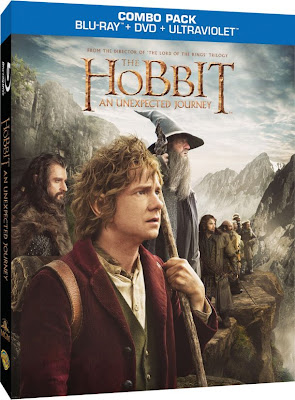 I even bought our first Blu-ray movie over the weekend.
I can’t wait to watch it!
Of course Blu-ray players will also play DVDs which is awesome because we have a HUGE collection of old cartoons that the hubs has been collecting for our boys to watch. Can you believe they are fans of He-Man, Teenage Mutant Ninja Turtles (the original series!), and the old school Batman and Robin series? We also have a ton of Disney DVDs that we love to watch together. And thanks to our new blu-ray player, we are watching all of these with even better screen clarity!
Family Movie Night (or Afternoon for the little ones!) has just been taken to a whole other level! 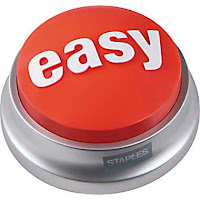 And did I mention that Staples also graciously sent us one of their infamous Easy Buttons?
Let me tell you, that has been a blast for both the kids and adults in the house! 😉
Be sure to visit Staples.com and check out all of their inventory.
I guarantee you will find tons of great products you didn’t even know they carried!
Disclosure: Staples provided me with this Toshiba Blu-ray player. The words and opinions expressed in this review are strictly my own. To see the full line of Blu-ray players visit Staples.com.