This review is in partner with Hasbro and the Mom It Forward Blogger Network.
I was provided with product and compensation in return for my review. As always, all opinions are 100% my own. 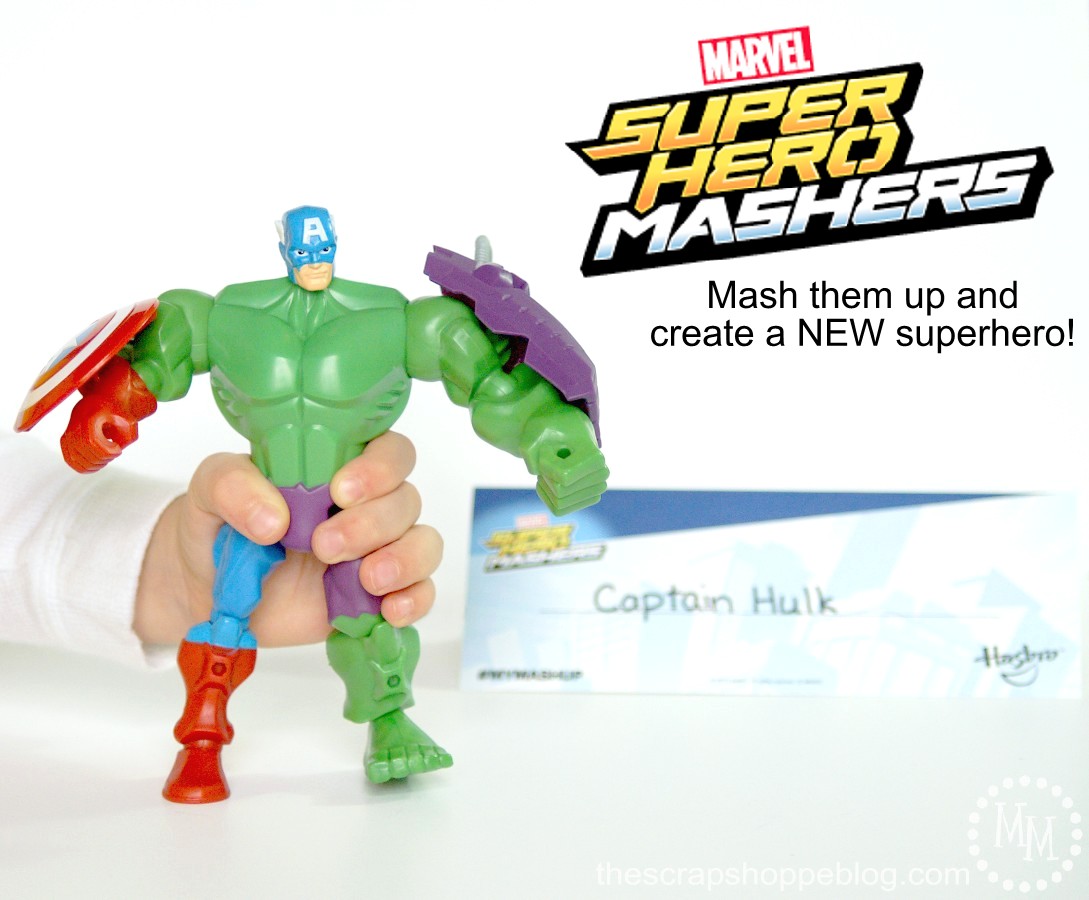 What do you get when you cross Captain America and The Incredible Hulk?
No really! You can cross them now! Hasbro has come out with a super fun new superhero product that allows you to do just that. Combine your favorite superheroes and villains to create brand new characters! They are Marvel Super Hero Mashers and all of their limbs and even their heads can be removed to mix and mash with other characters. 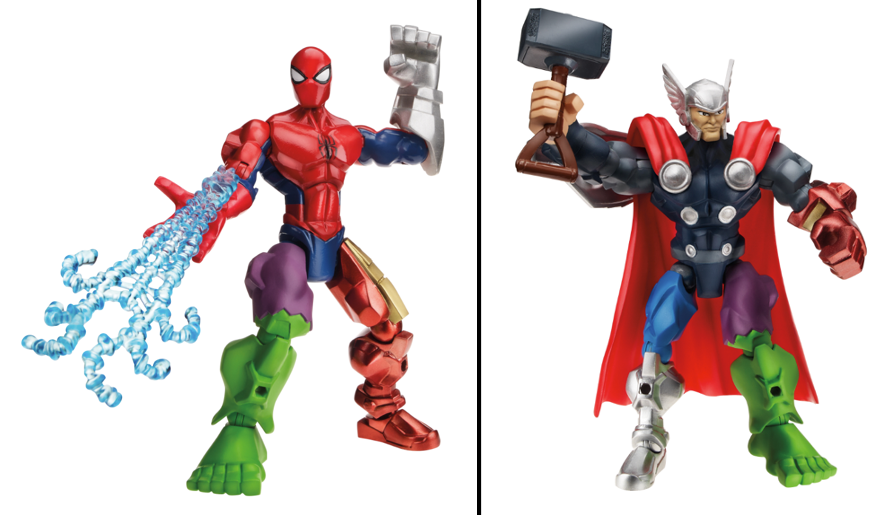 With Spider-Man, Thor, Iron Man, Dr. Doom… and about 16 more heroes and villains set to release in 2014 just image all of the different characters your kids can create! I think this is a great use of imaginative play. 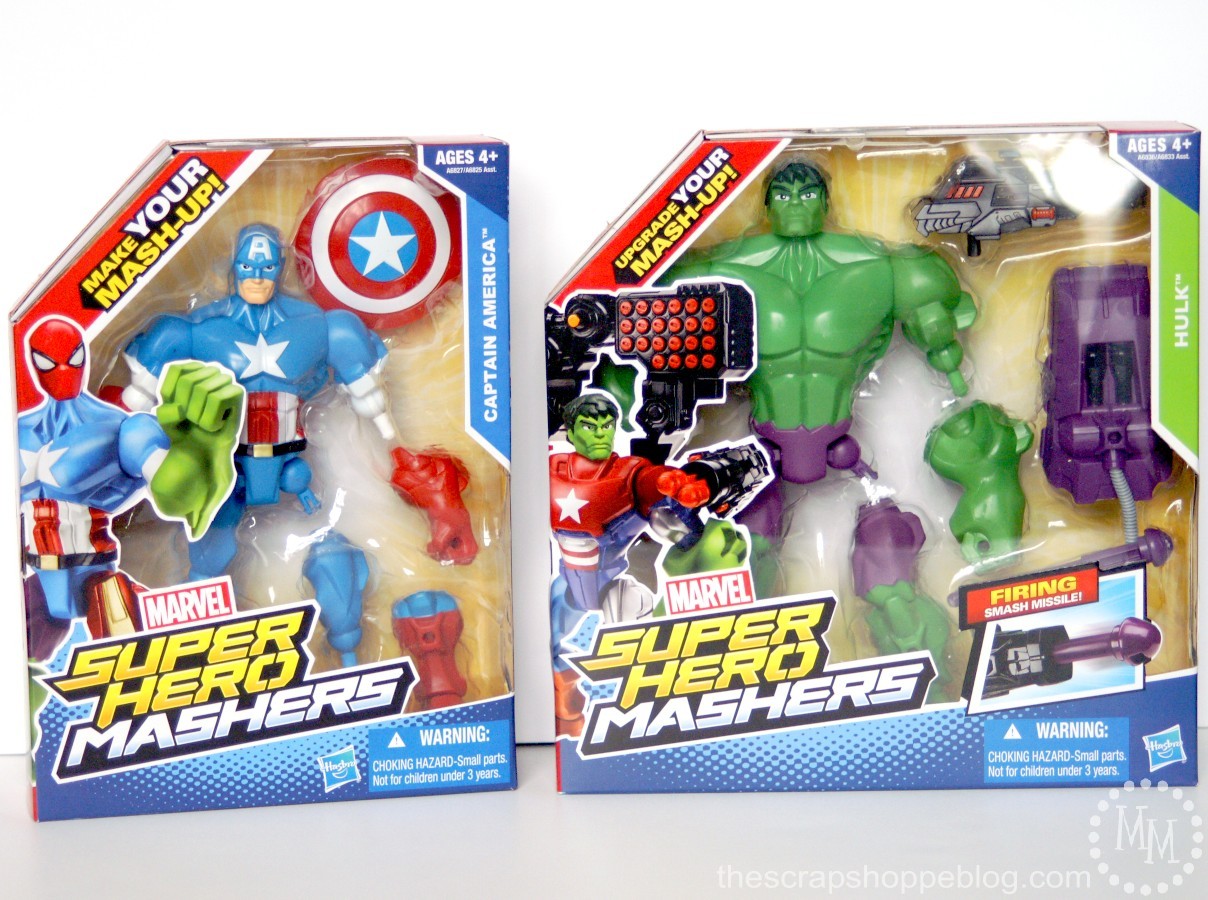 My little boys were pretty much beside themselves when these Hasbro Marvel Super Hero Mashers showed up at the door. They could not tear into the packaging fast enough! (Sorry, boys, mommy had to take a before pic!) They were pleased as punch to receive Captain America and the Incredible Hulk. Two of their favorite characters! 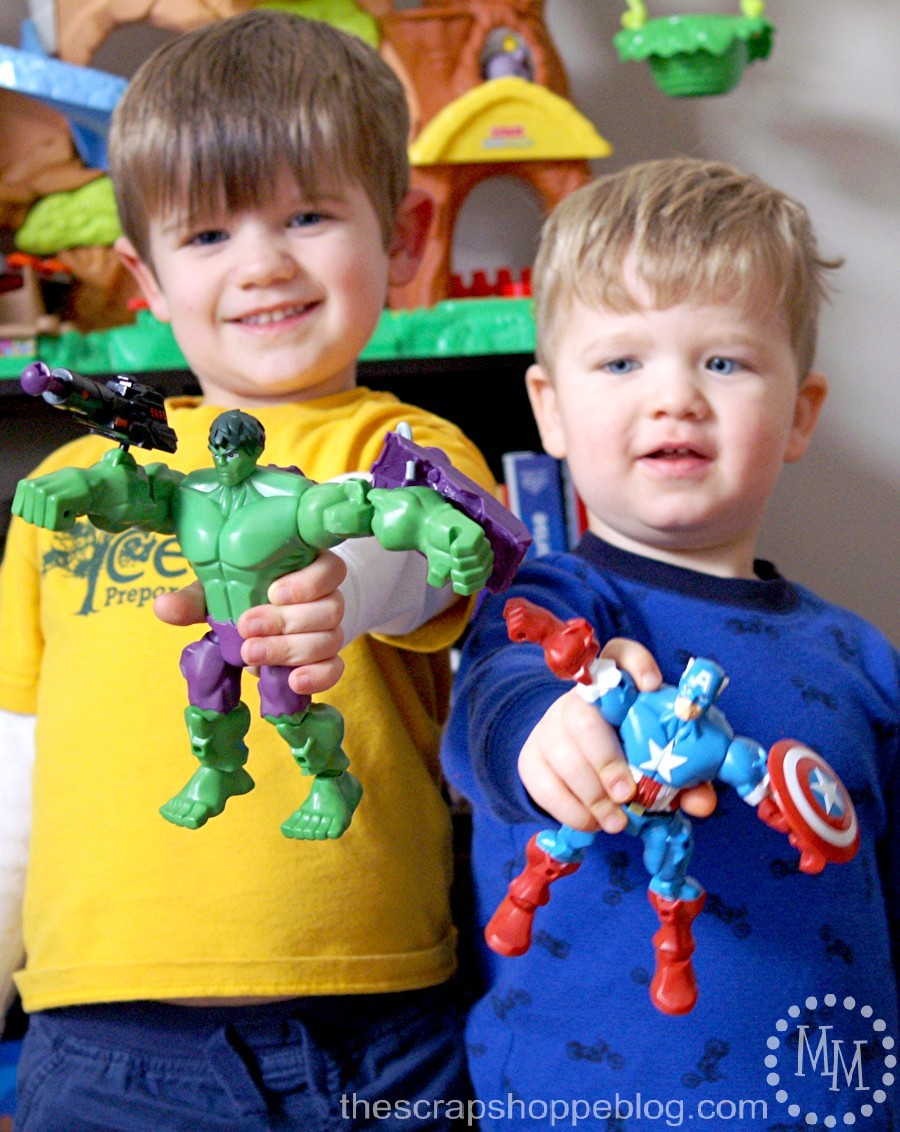 We started out by putting together each character completely intact.
Even my toddler could easily put the limbs on after big brother showed him how. 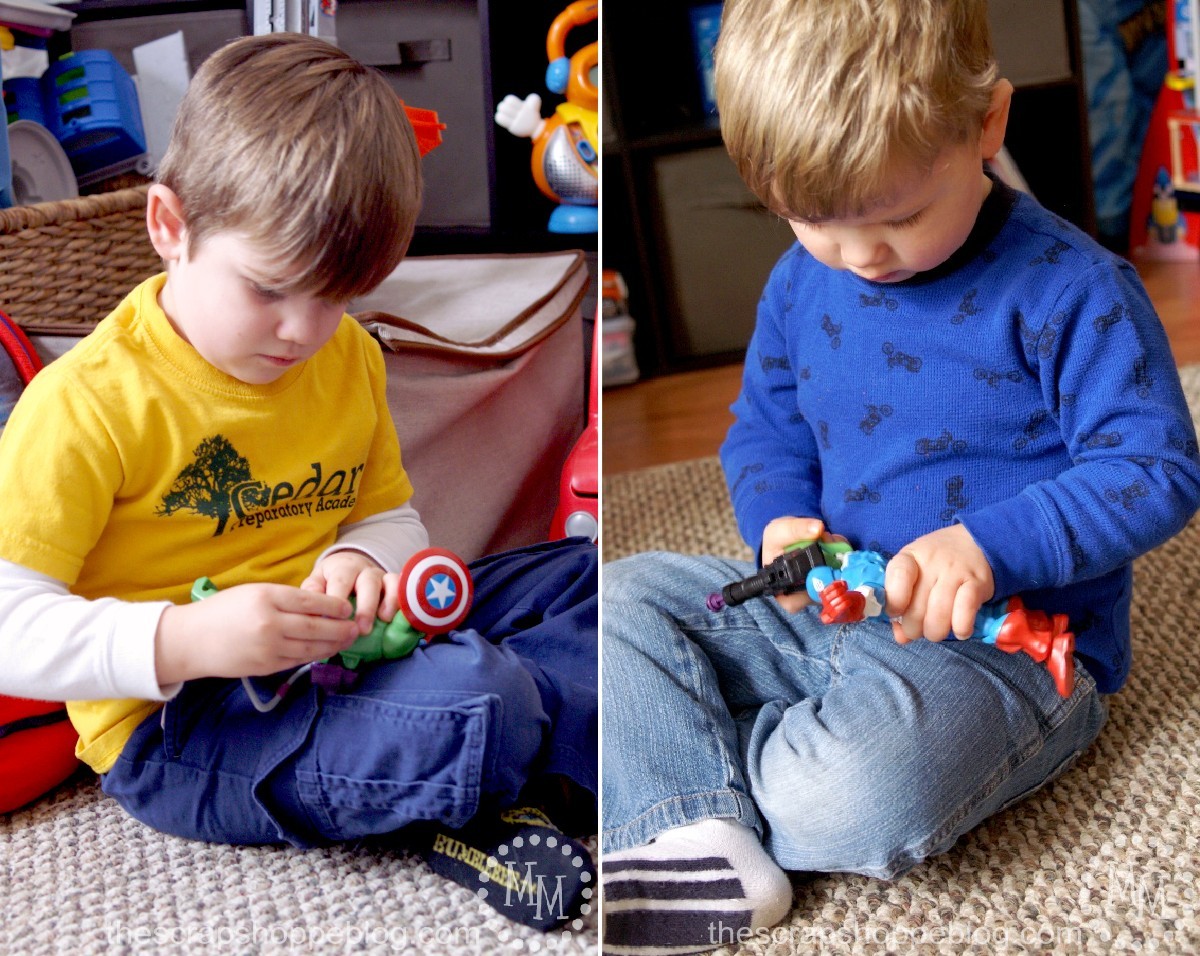 Next up came the dismantling. Limbs were flying everywhere!
The boys traded body parts to create their brand new superheroes. 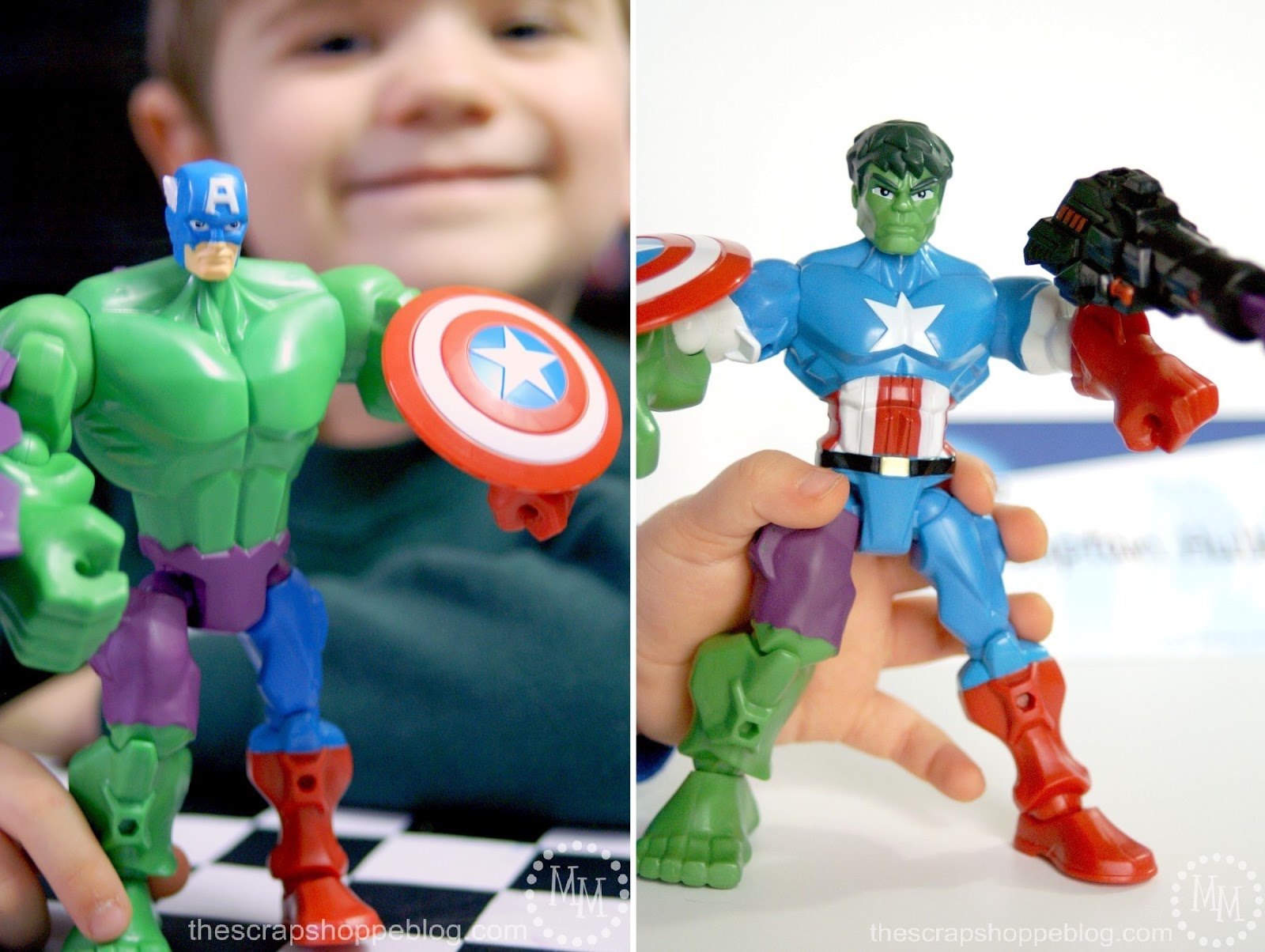 Their new creation? He was dubbed “Captain Hulk” by the kiddos.
And my oldest? He’s already planning on how he can get his hands on more heroes. He wants them all!
The poor thing’s next birthday isn’t until September, but he’s already planning on who to ask for each superhero in hopes of getting as many as possible. Gotta love that kid!
I would say these were a huge hit with my boys. And me, too! I love any toy that can keep them entertained and forces them to use their imaginations. And if its in the form of some of their favorite characters? Bonus!
I think there will be more Hasbro Marvel Super Hero Mashers in our future.