Skip to Content
The party is over! And I think it was a success.
My son LOVED the firetruck theme!
And if you can believe it… I totally did not get a chance to take pictures of the tablescrape and decorations until after the party! I don’t know what was going on, but people started showing up 45 minutes before the party! Gah! So I was frantically running around finishing getting the party ready and getting myself ready.
So these photos are, unfortunately, post devastation. 😉
But to make it up to you, I have some {{FREEBIES}} for you at the end of the post! 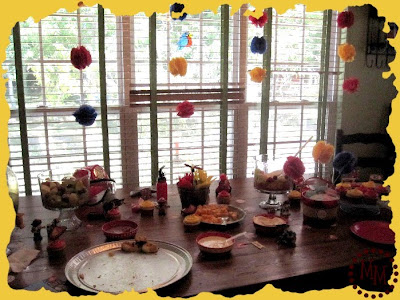 We had a fun spread of pepperoni rolls, ham & cheese rolls, along with marinara and ranch to dip for each, fresh mixed fruit and a homemade fruit dip, cheese cubes, party punch, cupcakes, cotton candy, and Twizzlers. 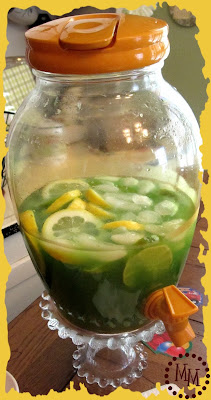 The party punch was a big hit and soooo good. I set the dispenser on a cupcake pedestal for easy pouring. 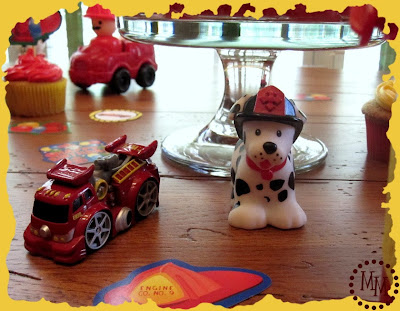 Since we had a fire truck themed party, I scavenged all of the little man’s fire truck toys to use as decoration. I scattered them all around the table. 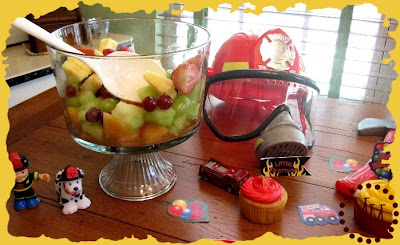 I scattered the cupcakes and some fire truck confetti around the table, too. 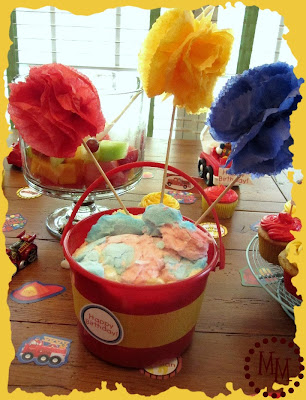 I bought a pack of tissue paper from the Dollar Tree and made pom poms to use as decoration. Some were hanging (they can be seen in the first photo) and other were glued to bamboo skewers. 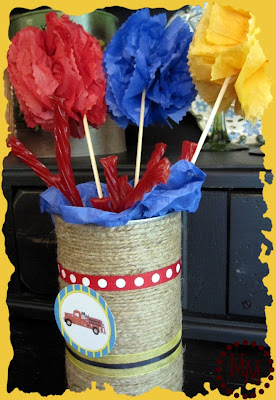 I used some jute-covered cans that I had and added some party colored ribbon and some of my cupcake toppers. 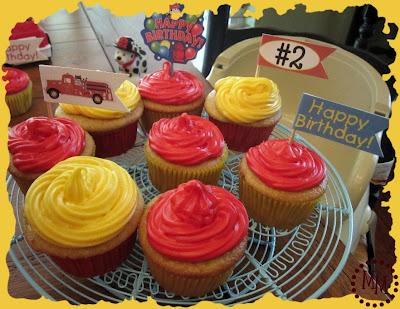 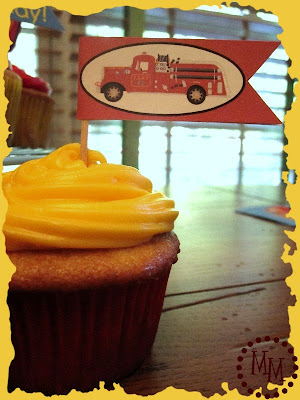 Recognize that fire truck? I made some fun cupcake flags with it. 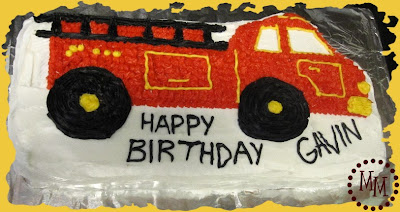 The cake. Never again will I make one of these cakes that require 10,000 star tips of icing. Never. 🙂 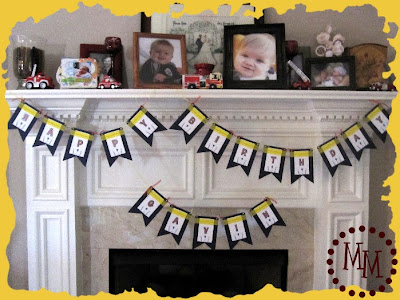 I hung the birthday banner I made on the fireplace, and this is where we collected presents and opened them. On top of the mantel, I collected photos of the little guy and more of his fire trucks. 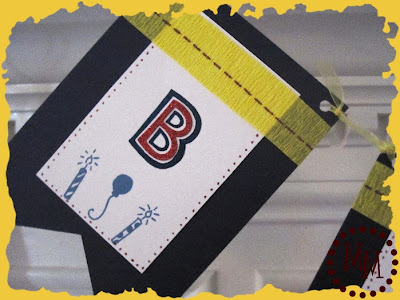 I found some great red sticker letters to use for the birthday banner, but they ended up being too small so I traced around them with a navy gel pen. I added some candle and balloon stamps to help further dress it up.

Remember the “little fireman” t-shirt?
My mom worked her magic on it and made the long sleeves into short sleeves. And the little guy loved it! 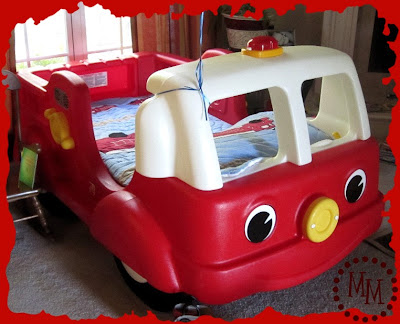 And the coolest gift (and main reason for the theme of the party) is the new toddler bed we got the little guy in honor of becoming a “big boy”! 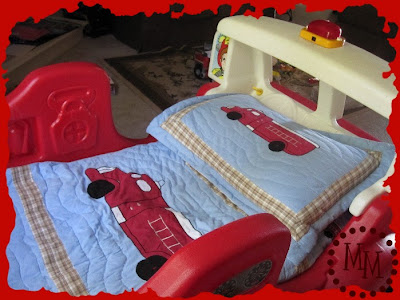 I even found some great bedding with old fashioned fire trucks on it! Score!
There are matching curtains, too. 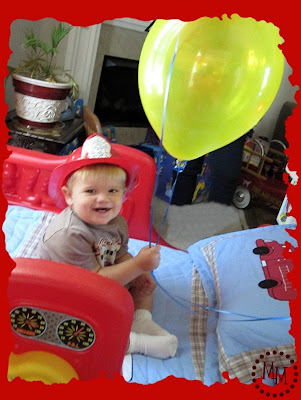 The bed was HUGE hit! He immeditately wanted to sit in it when when he saw it and slept in it last night. 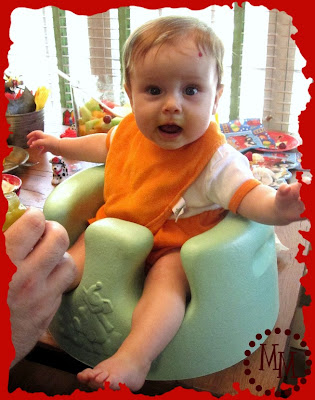 And this is without a doubt the cutest party attendee we had. She is the daughter of one of my best friends and college roommate. How adorable is she?? (And decked out in her orange & white, too, for game day!)
{{FREEBIE}} TIME! 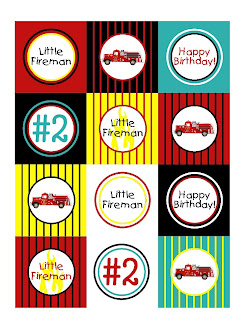 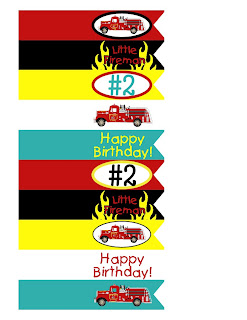 I made 2 versions of cupcake toppers because I couldn’t make my mind up at the time which kind I wanted. I ended up using the flags (they are long enough to fold in half around a tootpick). I used a circle punch to cut out the other type and mixed them in with the decorations and table confetti.
Click on each image above to download each set of cupcake toppers.
(If your child is not turning 2, just do not use those toppers.)
Happy Labor Day weekend!

I featured you over at Sassy Sites today! Come by and check it out and grab a FEATURED button! Great printable!! :)

What a great party and it was so nice of you to provide the freebies to get us started on our own versions! Would love you to join me at A Crafty Soiree, every Thursday.

How adorable! I'm trying to gather everything for my son's end birthday this Saturday! Your's turned out adorable!

What a terrific party! Thanks for joining us this week!{Rebekah}