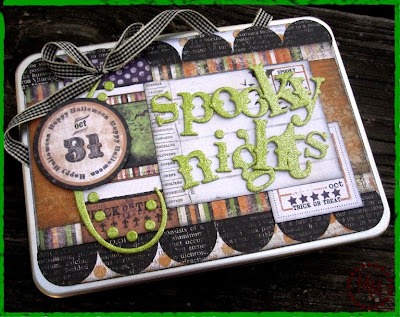 If you know me, you know I LOVE mini albums! I’ve preached on them in the past
(see this post), and swear by them.
Not only do I love to make them from scratch, but I love a good kit, too.
Enter the Spooky Nights kit from The Button Farm! 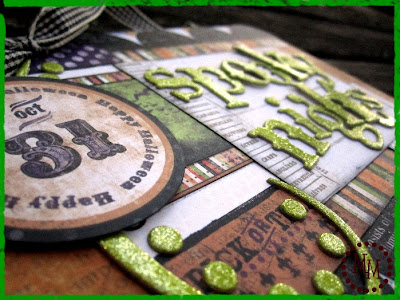 The Spooky Nights mini album is an accordian album inside of a tin can. 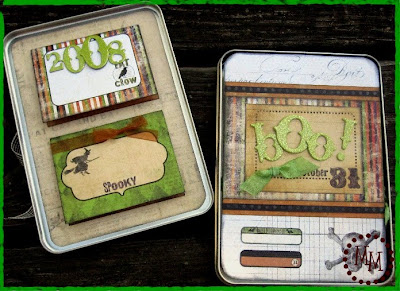 Attached to the inside of the tin is a page with two flaps. The top has the date 2008 on it, in honor of our son’s 1st Halloween. I’ll put a note here about his first Halloween and the experiences he had.
Inside the tin is the cover of the accordian album itself. 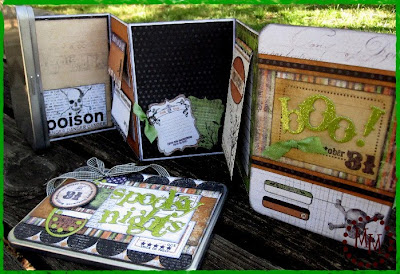 The accordian album contains 10 pages. My plan is put a photo best representing each Halloween on each page for the next 10 years. How that for extending the life of a mini album! By the time my son turns 10, I will have a great album to look back on. 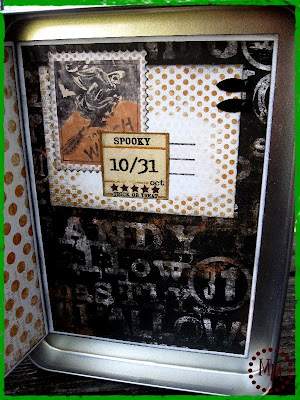 The last page of the accordian album is adhered to the inside of the bottom of the tin.
I used my super trusty Beacon 3-in-1 adhesive to put the entire album together so I know it will never fall apart. 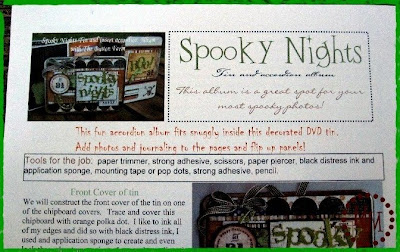 Like I said earlier, this was a kit, a what a kit!! Angela, who runs The Button Farm and puts these kits together, does an amazing job at putting instructions together for you to complete these intricate albums together all on your own. 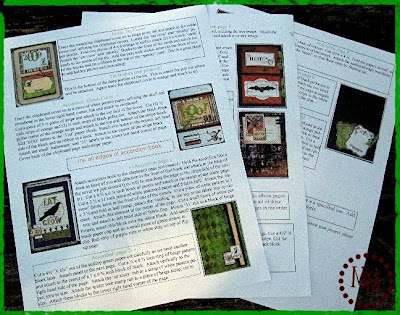 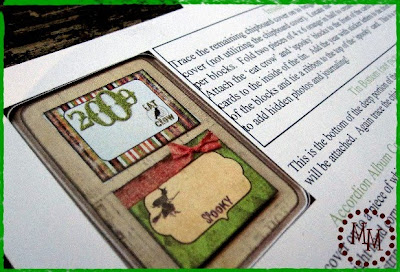 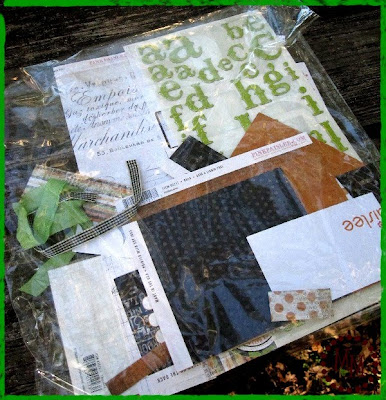 And like any great kit, there are TONS of leftovers! 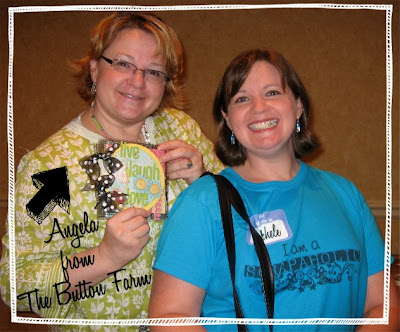 I had the pleasure of taking a class from Scrap Queen Angela herself last year at the CKC Nashville convention. It was the first time my girlfriends and I ventured to take an intermediate class so we were a bit intimidated. Such a waste of worry! Angela was the most laid back teacher ever, and encouraged us to complete our albums the way we want, not just the way suggested by her (not that her way ended being the cutest anyway…).
Um, yeah, so that’s me totally cheesing in my picture with Angela. She really does rock! She’s holding the mini album we worked on during her class.
So, of course, when I got to her booth at the convention later I knew it would be completely worthwhile to purchase any of her albums. I was on a Halloween kick (I swear 2/3 of what I bought at that show was Halloween related!) so the Spooky Nights album was calling my name!

That is a great kit - I love all the details and the styling of it and what you did with it is brilliant.

Don't you just LOVE Angela?! I just took a class with her this past Saturday in Topsfield, MA. I also took a class by her at CKC Manchester this year (and last year!). She lives about 2 hours north of me (in Maine). She's such a great person and makes incredible mini album kits.

Love this idea. if you need new recipes ever come check out our blog.

What a great album and the holder is fantastic too !

Your mini album is awesome! I LOVE it! Thanks for stopping by sharing your project with us at Anything Related!{Rebekah}