Find this invitation in my Etsy shop! 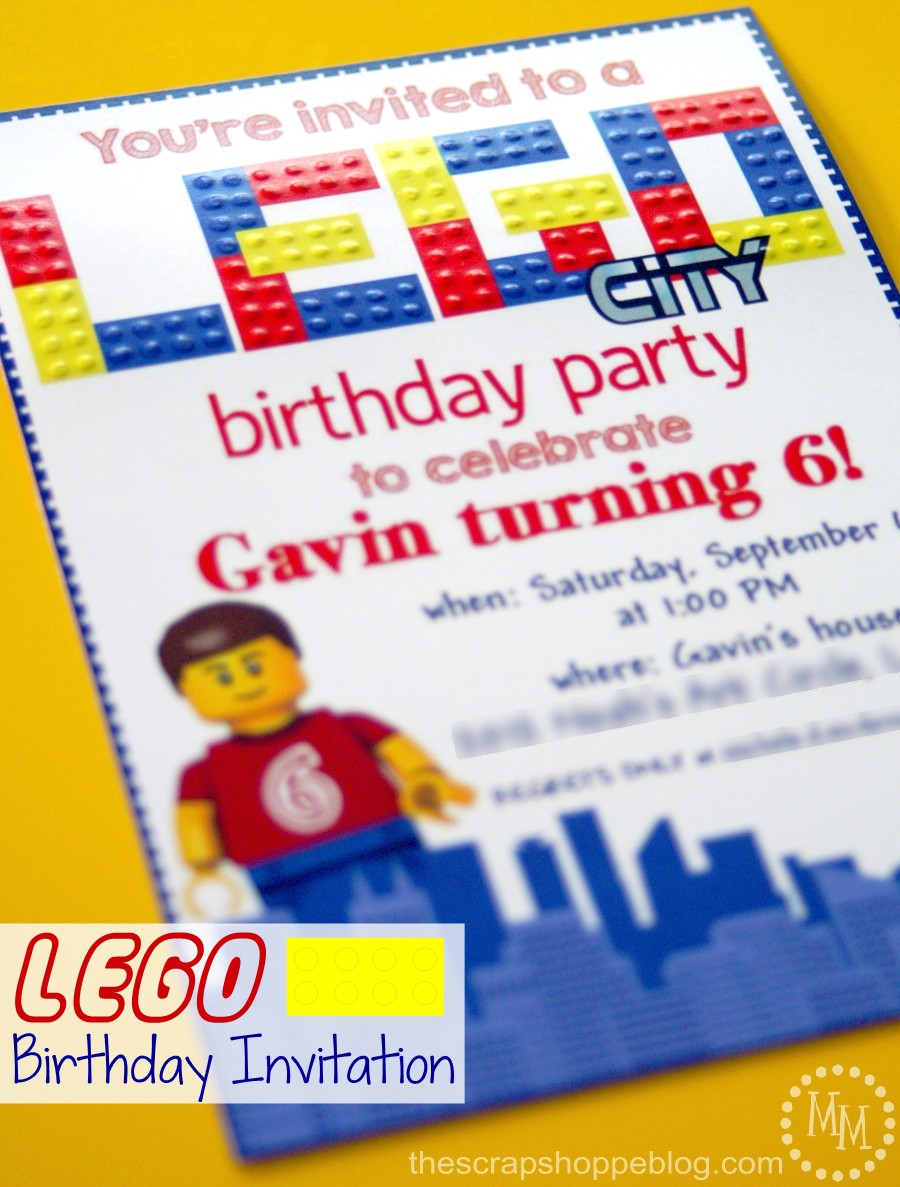 Oh, you guys!! My oldest turns 6 TODAY!! I think I might cry!
He has been delving into the world of Legos over the last year and, friends, he is in deep. As in, completely obsessed with them! I had little doubt over the summer that this year’s birthday party would be a Lego theme. He did ultimately settled on Lego City, and today I’m sharing his birthday invitations. 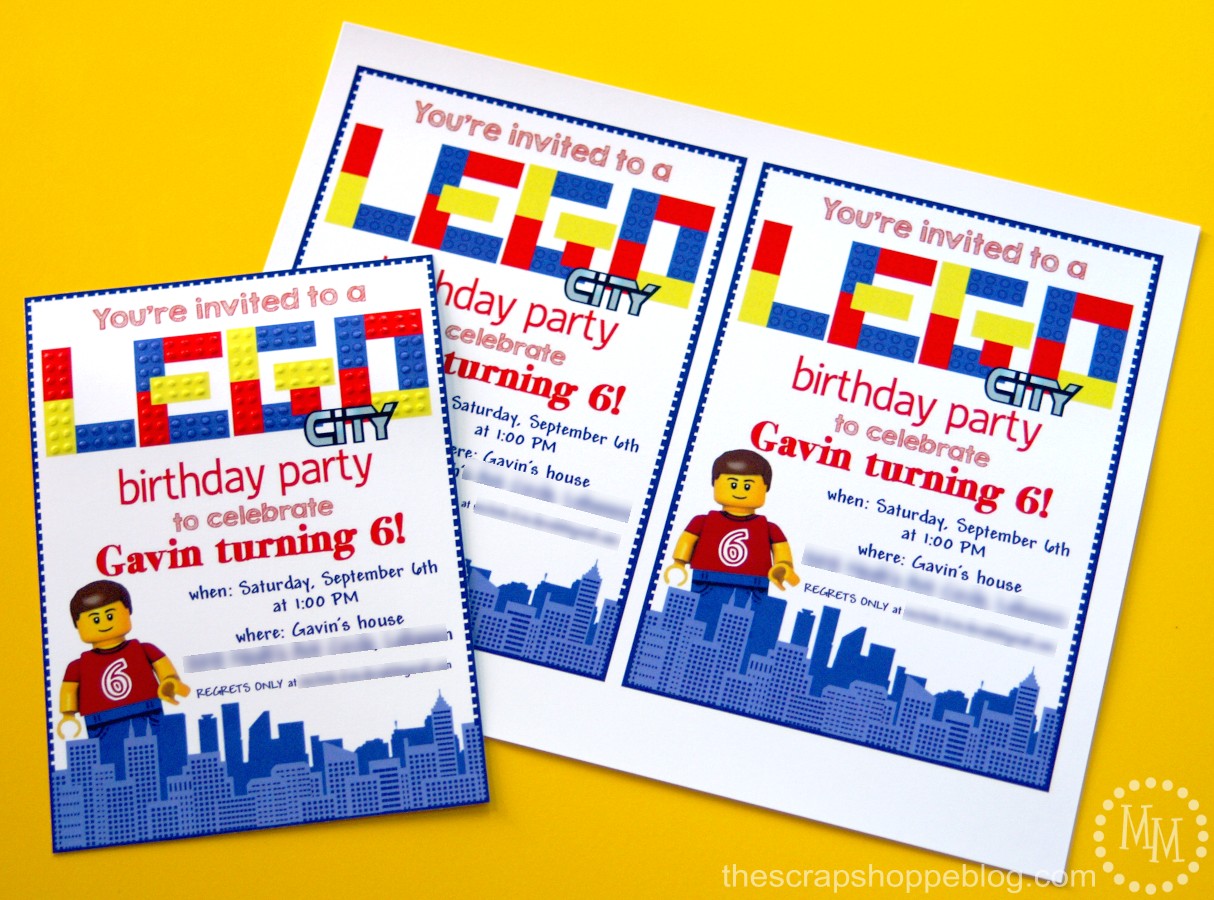 I pride myself on making invitations for my boys that are unique and fun. So of course this one is no different! Not only does my son have his own Minifigurine on the invite, but the Lego letters are embossed to look like actual Lego bricks! 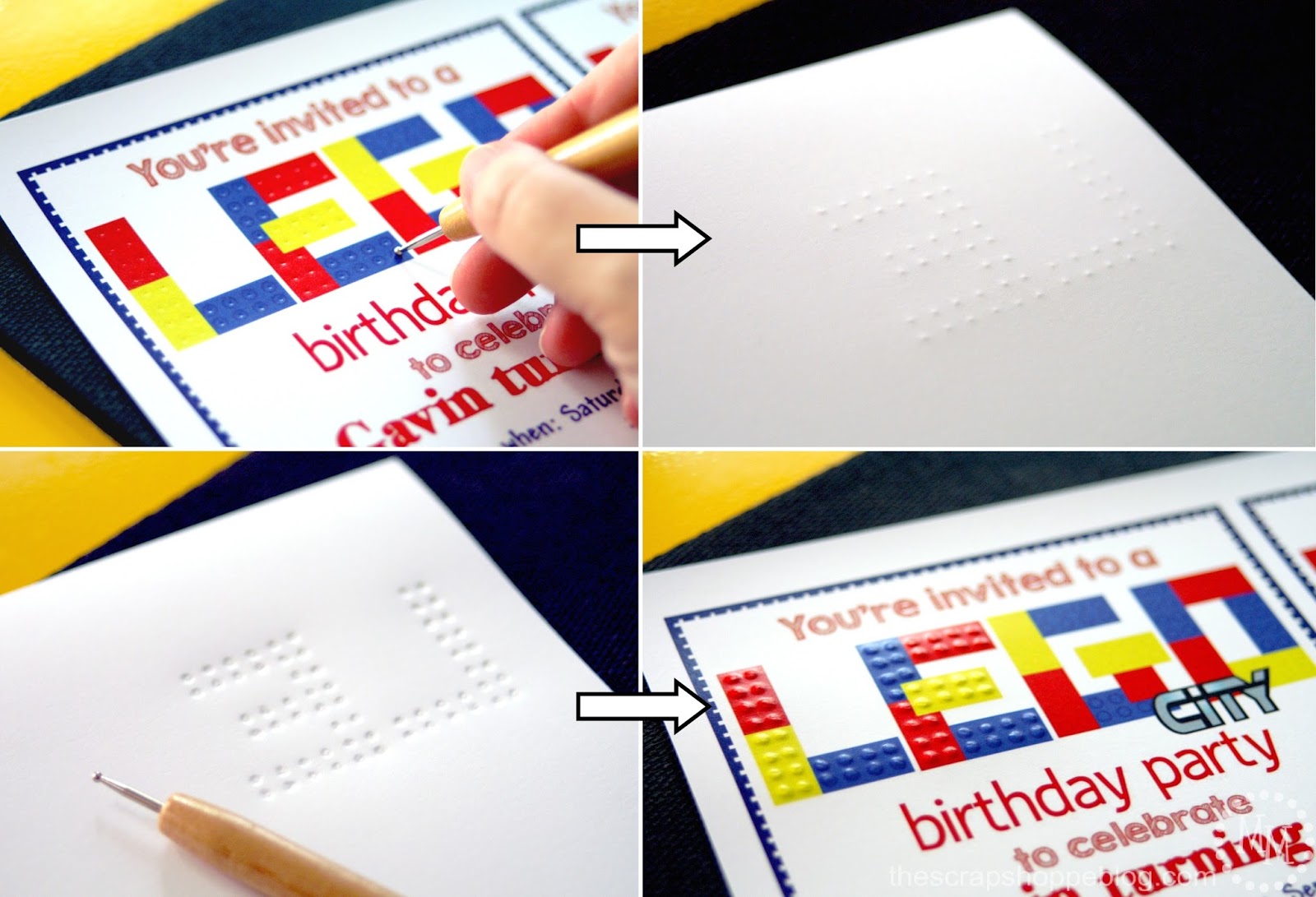 I admit the embossing was a little hard on the hands, but it was TOTALLY worth it in the end!
The look is fabulous, and it really was simple to pull off.
The word Lego is printed to look like the aerial view of bricks. The little circles are included on top.
1) Place invitation right side up on an old mouse pad (I keep one specifically for embossing purposes) or something else soft that will allow the paper to move when embossed. Simply use an embossing stylus to gently press the center of each circle on the bricks.
2) When you flip the invitation over to the back you will see all of the indentations you just made.
3) Begin embossing each indention. Be gentle so as not to go through the paper. Flip over to front occasionally to be sure your embossing matches up with each brick.
4) You’ll end up with a fun 3-D effect on the invitation! Now just cut out the invites are you are ready to pass them around. 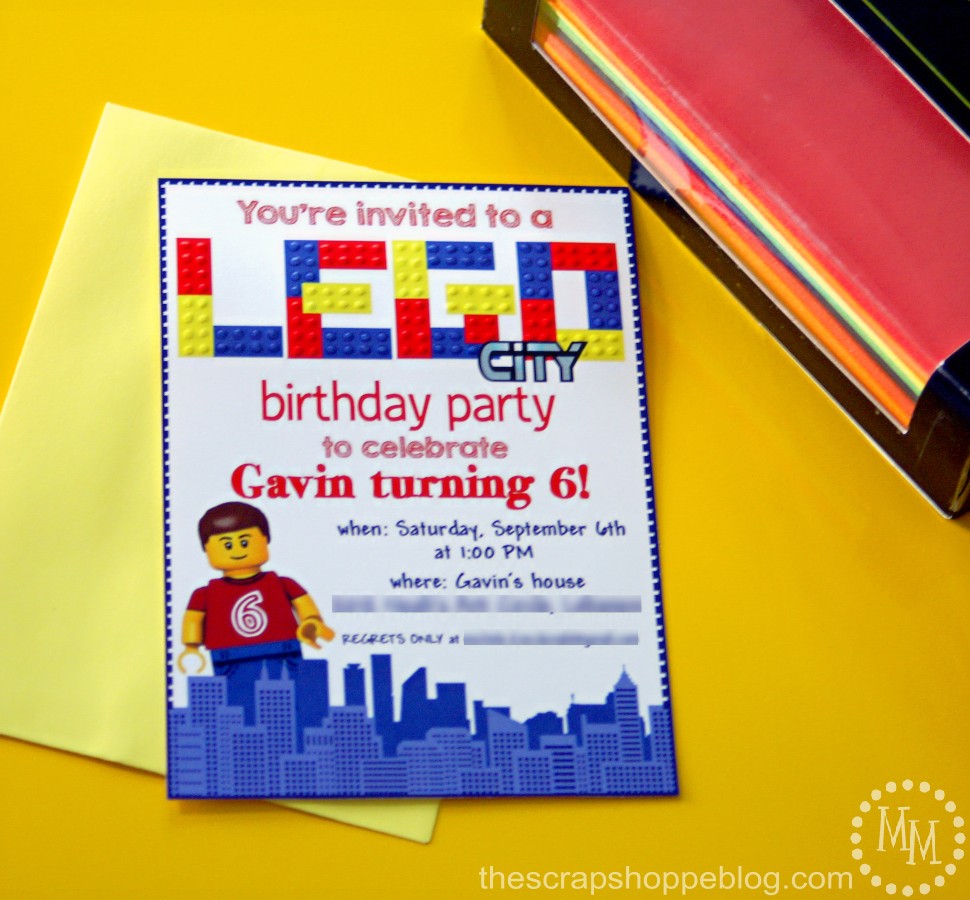 I found a rainbow pack of 5×7 envelopes at Hobby Lobby. There were way more than I needed, but I know I will be able to use the extra on future party invitation. The primary colors were perfect for the Lego invitations! The bricks certainly don’t have to be embossed for the invitation to be used, but don’t they make it that much more fun? Stay tuned, the birthday party is this weekend so I’ll be sharing all of the fun details next week!
I am selling these in my Etsy shop. The Minifigure can be customized by hair color to match your child and the word “City” can be left off for a general Lego party.
Linking up to Flamingo Toes, Today’s Creative Blog, Tidymom, My Repurposed Life,
Tatertots & Jello, Serenity Now, and other great parties found on my party page.