This little picture frame hanging tip is going to be a lifesaver for you!

Hang a picture in the right place the FIRST time!

It also makes DIY gallery walls a breeze to create. 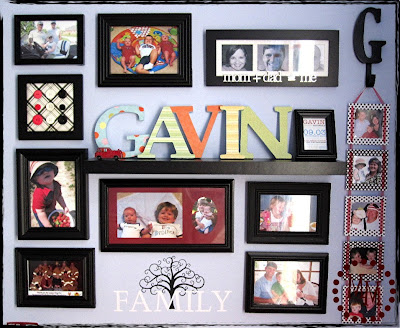 This little tip may just change your life!

Okay, maybe I’m being a little over dramatic. Maybe…

But you WILL love this picture frame hanging tip for creating easy gallery walls!

Where I learned this tip:

While on maternity leave, I had HGTV on in the background nearly every day.

On one of those days I happened to look up when Get It Sold with Sabrina Soto (sadly no longer airing) where Sabrina stages homes for hopes of a quicker sale.

Well, she was preparing to hang picture frames on the wall when she whipped out this homemade tool to mark the perfect placement of the frame on the wall!

So I decided to make my own version of this handy tool, and it is truly the best way to hang a picture frame for accuracy! 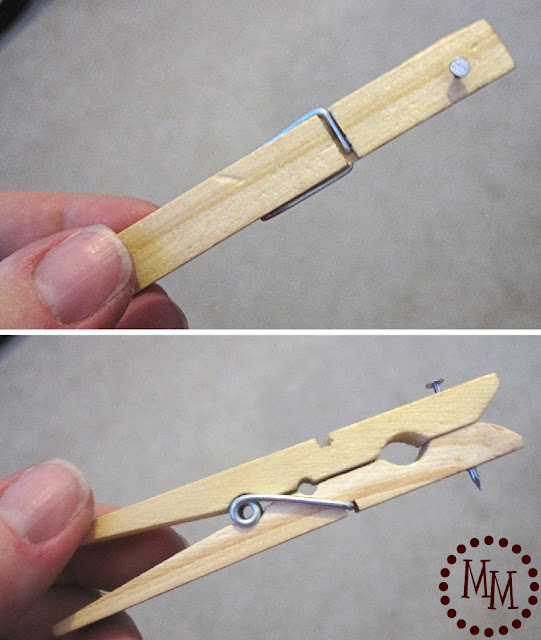 Sabrina had a long piece of wood that looked like an extra thick paint stirrer, and to one end she had a screw screwed into it.

I decided to make a scaled down version with a nail and a clothespin since most of the photos I hang aren’t any larger than an 8×10.

I simply hammered a nail into a clothespin.

2) Because the one end can double as an extra thick piece of wood so my nail will stay nice and straight when I use it. 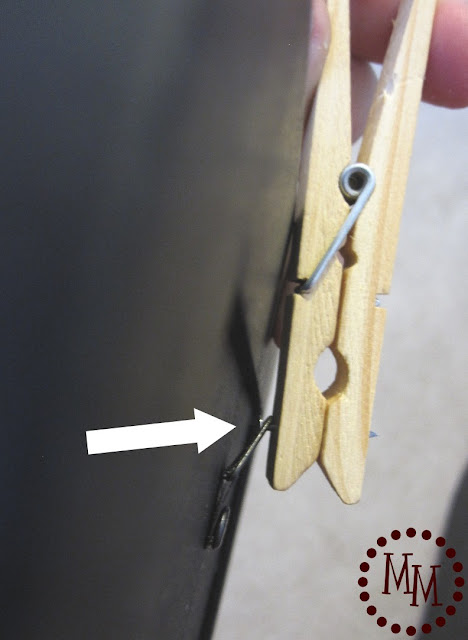 To use my little contraption, I hung the nail in the hook on the back of the frame…

It will catch over the head of the nail so be sure you’re using one with a large head. 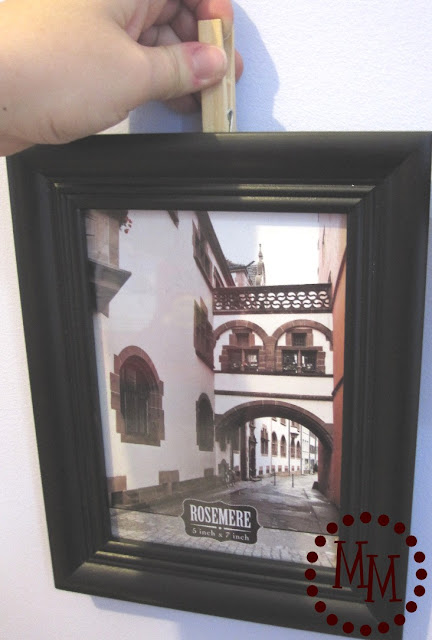 Then I held the frame up on the wall and decided where I wanted it to go.

You don’t need to hit it hard. 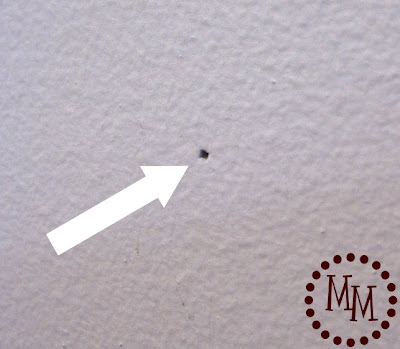 The tap will push the nail into the wall leaving a marker for where I need put my nail to hold the frame!

Did you just have a “why didn’t I think of that moment?”

I only ask because I SO did when I saw this on television!

This little picture frame hanging tip worked like a charm on my son’s new photo collage!

Each and every photo evenly spaced and hung right on the first try!

Creating a gallery wall from scratch is a piece of cake now!

Seriously, this is the EASIEST way to hang a picture frame accurately the FIRST time.

Thanks for the advice on how to use a clothespin and a nail to make a perfect mark for where you want to hang your frames. I think that the beauty of painting comes from not just the painting but from the frame and where it is hung up too. I'm going try and do this with all the artwork I've bought over the years.

So simple yet pure genius. Pinned

This is so totally brilliant!! Love this. #wonderfulwednesdaybloghop

What a clever idea! Pinning!