I thought today I would show you an alternative way to print your photos for your scrapbook layouts. I do this occasionally to mix things up a bit and to truly show off what I think is a really fun picture. 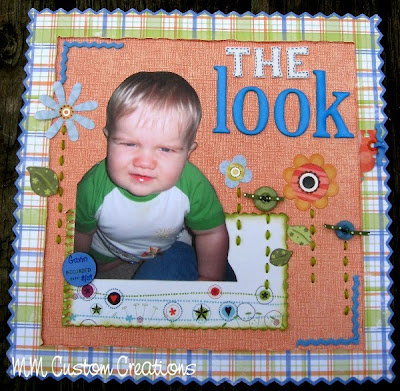 I printed this picture on my son on a piece of white cardstock from my printer. You can just as easily print the picture on 8 x 10 photo paper, but the cardstock is less expensive and looks just as well.

I cut away the background so that he is the sole focus of the photo. (I cut the cardstock with an X-acto knife with a swivel head, but you could just as easily use a pair of micro-tip scissors.)

Here are a few other techniques I used on this layout… 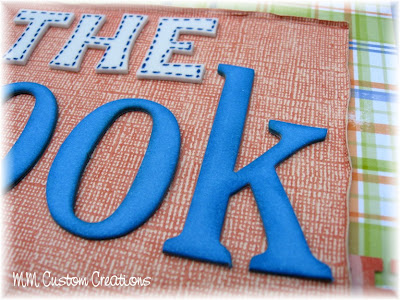 I used a blue Zig marker to add faux stitching to the white foam letters and blue ink on the edges of the blue chipboard letters to help give them some dimension. 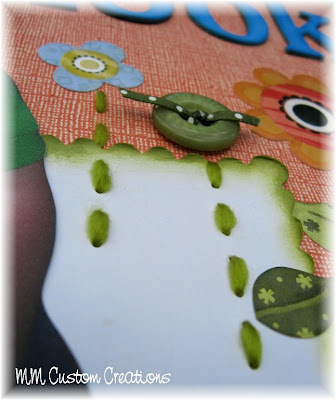 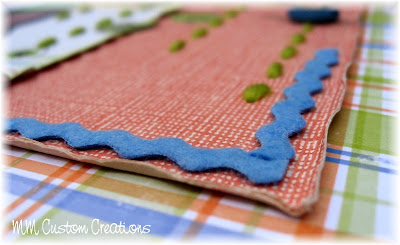 I folded the entire edge of the orange cardstock, but since it already looked distressed I didn’t bother to ink it. I also used two pieces of felt rik rak in two of the corners to act as photo frames.